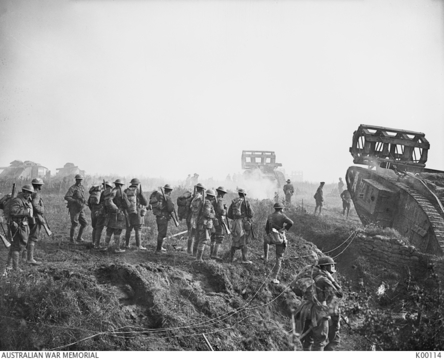 The 11th Brigade was comprised of units that drew most of their men from the so-called 'outer States' of the Commonwelath and comprised the 41st, 42nd, 43rd and 44th Battalions.

The 3rd Division was to be commanded by Major General John Monash and was concentrated in the UK for work up training during 1916, by which time all of the other Divisions had been committed to battle. Deployed in very late 1916, the Third Division's first major action was at Messines in June 1917.