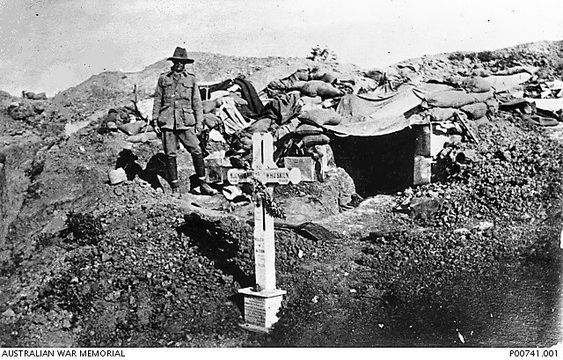 Excerpt from the AWM Unit history....."

The 6th Light Horse Regiment was raised in Sydney in September 1914 from men who had enlisted in New South Wales, and became part of the 2nd Light Horse Brigade. Sailing from Sydney on 21 December 1914, the regiment disembarked in Egypt on 1 February 1915.

The Light Horse were considered unsuitable for the initial operations at Gallipoli, but were subsequently deployed without their horses to reinforce the infantry. The 2nd Light Horse Brigade landed in late May 1915 and was attached to the 1st Australian Division. The 6th Light Horse became responsible for a sector on the far right of the ANZAC line, and played a defensive role until it left the peninsula on 20 December 1915.

Back in Egypt, the 2nd Light Horse Brigade became part of the ANZAC Mounted Division and, in April 1916, joined the forces defending the Suez Canal from a Turkish advance across the Sinai Desert. It fought at the battle of Romani on 4 August, at Katia the following day, and participated in the pursuit that followed the Turks’ retreat back across the desert."