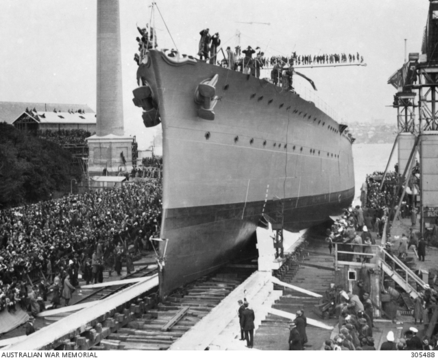 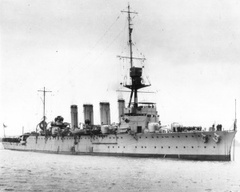 Adelaide (I) commissioned at Sydney on 5 August 1922 under the command of Captain JB Stevenson RAN. After trials and working up practices at Jervis Bay she became an active unit of the RAN and cruised on the Australia Station until 18 February 1924. HMAS Adelaide (I) was an improved version of the 'Chatham' group of the British Town class light cruisers.

On 1 September 1939 Adelaide (I) commissioned for war service under the command of Captain HA Showers RAN, and operated on the Australian coast for defence of trade.

On 3 September 1940, while proceeding to Brisbane from Sydney enroute to New Caledonia, Adelaide (I) was in collision with SS Coptic of the Shaw Savill and Albion Line. Although both ships avoided major damage, this collision resulted in a court case.