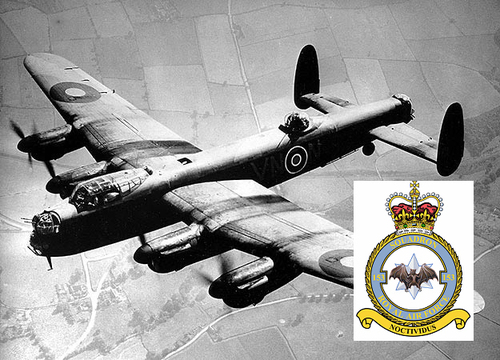 For the purpose of this website, 153 Squadron is included as one of the RAF Squadrons to which Australians were posted during WW II.

It might well be said that from its inception, No 153 Squadron was an after thought - certainly as a bomber squadron. Initially planned to be a fighter squadron, it was formed at Hainault Farm, Essex in December 1918, i.e. after the First World War had ended. It survived for only six months, being disbanded in June 1919. It was re-formed as a night fighter squadron on the 14th October 1941 from a flight of 256 (N/F) Squadron stationed at Squires Gate. It moved to Ballyhalbert in Northern Ireland, being equipped with the ill-starred Boulton Paul 'Defiant'. During 1942 it was re-equipped with Beaufighters and in December 1942 moved to Algeria where it operated in a night-fighter role. As the war in the Mediterranean moved northwards, the Squadron re-located in July 1944 to Sardinia, to provide intruder missions over Northern Italy and to assist allied forces landings in Southern France. No sooner was this fully accomplished, than the Squadron was disbanded on 5th September 1944, but not before some extremely acrimonious comments by an upset, Squadron Commander found their way into the official Squadron records.

The Squadron re-formed as a heavy bomber squadron at Kirmington on 7th October 1944, being equipped with Lancasters.  It operated in this capacity continuously until war's end, but after less than a year, and clearly affected by the end of the War in Europe, it was again disbanded on 28th September 1945.

For a comprehensive account of the Squadron's operations during this period the reader is referred to the web page link in the sidebar.  Its experiences were typical of heavy night bomber operations and the catalogue of missions and losses is sobering indeed.

It re-formed yet again at West Malling as a UK based night-fighter squadron on 28th Febuary 1955, equipped with 'Meteor' jet N/F aircraft and existed until 2nd July 1958 when, at Waterbeach, it was renumbered as 25 Squadron.