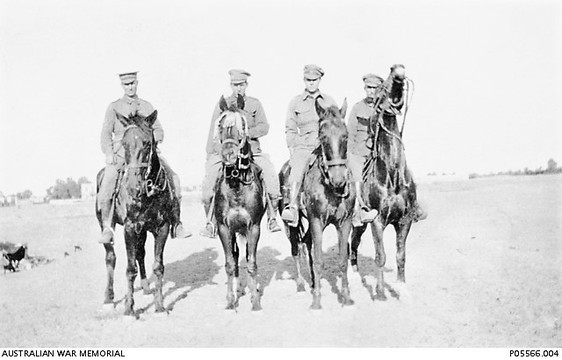 Recruited in Western Australia to form part of the 3rd Light Horse Brigade, along with the 8th (Vic) and 9th (SA) Light Horse Regiments.

The attached story tells how the battle at the Nek unfolded and the contributing factors to the outcome.

For his actions at Hill 60, Second Lieutenant Hugo Throssell (/explore/people/120579) was awarded the Victoria Cross and four of his men the Distinguished Conduct Medal.  Throssell's VC was the only one awarded to the Light Horse.

The 10th went on to be reinforced and re-deployed to the Sinai and Palestine where they served out the remainder of the war as part of the 3rd Light Horse Brigade.