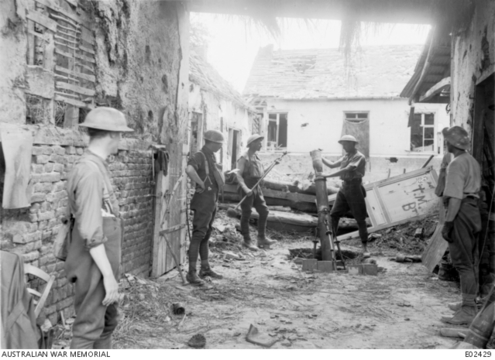 This generic listing covers personnel listed in the Emabrkation Roll as having been assigned to Medium Trench Mortar reinforcements.

Each Division had several batteries of Medium and heavy Trench Mortars  - see the respective listing for more information.

The Battle of the Somme ended in November and the British and Empire Armies started rebuilding for the campaigns of 1917. Improved propellants for the 3 and 4-inch Stokes and a new medium mortar were introduced. In the autumn of 1916 a Major Newton developed the use of extra charge rings that slipped over the rear of the bombs that enabled the range of the 3-inch Stokes mortar to be extended to 677 metres. Further improvements in the charge rings saw the range extend to 754 metres and by the beginning of 1918 the 3-inch Stokes to 1,143 metres. This was the maximum range that could be obtained using the cylindrical bomb due to its poor drag coefficient and the mortar barrel having a maximum chamber pressure of two tons per square inch. Major Newton also developed a new medium mortar that used the same firing system as the Stokes mortar. This became the 6-inch Trench Howitzer Mark I, commonly known as the ‘Newton’ or ‘Stokes-Newton’. The design was successful with 1,700 being ordered in late January 1917. Deliveries began in May, and in June the ammunition started arriving in France. In 1917 1,929 Newton mortars were produced with a further 609 in 1918 with ammunition production 239,471 and 1,134,805 rounds respectively.