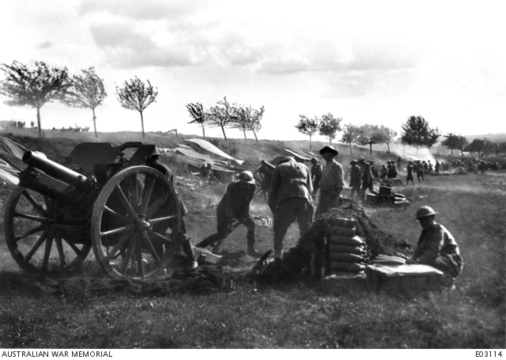 The 8th Field Artillery Brigade formed in Egypt as part of the 'doubling' of the AIF to create the 4th and 5th Divisions.  However unlike its counterpart 8th Infantry Brigade the 8th FAB was allocated to the Third Division.