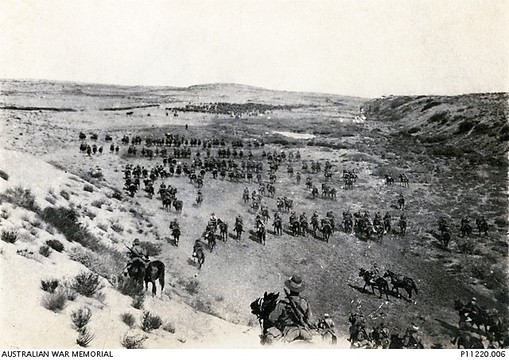 It sailed from Australia in two contingents in June 1915. The first contingent put in at Aden on 12 July to reinforce the British garrison there against a predicted enemy attack; they only left their ship for a single route march, and sailed again on 18 July without having seen action. The regiment was reunited in Egypt on 23 July 1915 and began training as infantry, having been ordered to leave its horses in Australia. A month later it deployed to Gallipoli.