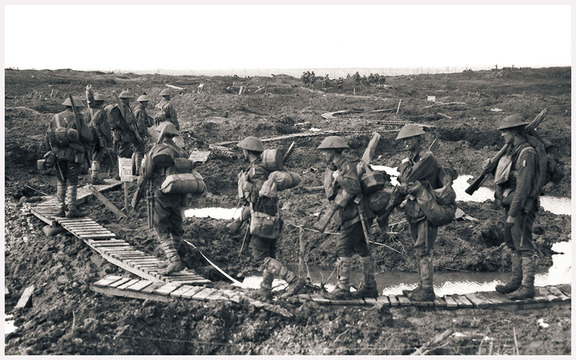 The 59th was the third of four Battalions of the 15th Brigade all drawn largely from Victoria.  They were created as part of the "doubling of the AIF" in Egypt after the withdrawal from Gallipoli.  They were to become part of the 5th Division, raised in Egypt for the Western Front.  The 59th was the 'pup' Battalion of the 7th Battalion.  Like its parent , most of its men came from rural Victoria.  Its colour patch comprised a vertically aligned rectangle signifying the 5th Division.  The red bar on the right signified the 15th Brigade and the brown bar on the left the third of the four battalions in the brigade.

The 59th and its 'sister ' Battalions of the 15th Brigade are perhaps most famous for two key battles on the Western Front, on both occasions under the command of Brigadier General Harold 'Pompey' Elliot.  They paid a fearful price at Fromelles in the ill-starred attack on 19/20 July 1916.  On ANZAC Day 1918 the 15th and 13th Brigades conducted the brilliant night counter attack that re-captured Villers Bretonneaux and halted the German advance on Amiens.