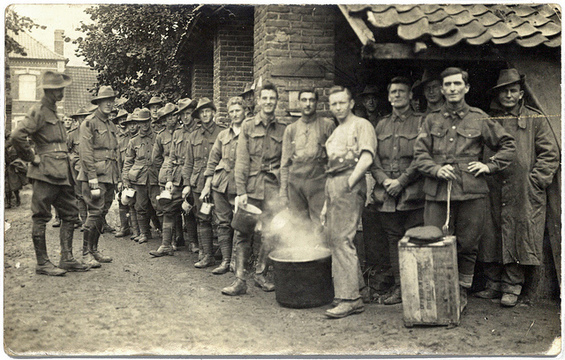 The 8th Field Ambulance formed in Egypt as apart of the 'doubling of the AIF' in Egypt following the Gallipoli evacuation and followed its parent  (8th) Brigade to France and Belgium from 1916.  The 8th Brigade comprised units from all States; the 29th (Vic), 30th (NSW), 31st (Qld/Vic) and the 32nd (SA/WA).

Because the 32nd Battalion was part of the 8th Brigade, South Australians saw service in the 8th Field Ambulance as men were oftend drawn from Battalion reinforcement drafts.

Their baptism of fire took place in the "nursery Sector" near Fleurbaix and Fromelles in the lead up to the battle of the same name.  The battle itself overwhelmed all of the medical assets of the 5th Division.  Many soldiers were killed in the process of trying to retrieve casualties from the battlefield.

Of the men who survived the war, more than 150,000 had been wounded at least once.  Many others had been hospitalised with a range of illnesses, and others suffered invisible trauma such as 'shell shock' now known as Post Traumatic Stress Disorder. These factors contributed to the arresting statistic that 50% of the men who came home were dead within 20 years of the war's end.