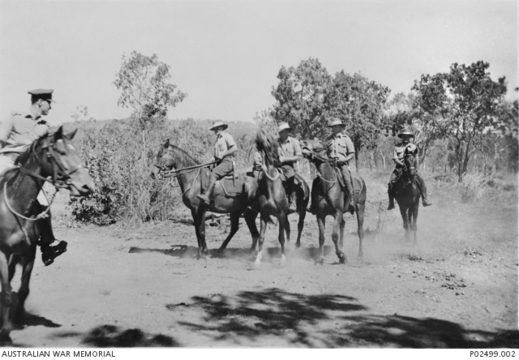 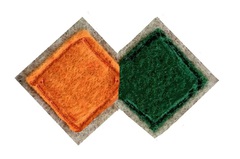 Following the bombing of Darwin and the first of four Japanese air raids on the town of Broome Western Australia on 3 March 1942 a secret specialist unit, the 2/1st North Australia Observation Unit (NAOU), later nicknamed “Curtin’s Cowboys” or “Nackeroos” was raised On 11 May 1942.

The highly secretive 2/1st North Australia Observation Unit with its base at Katherine was commanded by Major William 'Bill' Stanner, who as an anthropologist before the war knew the North of Australia and its inhabitants extremely well. Stanner, well aware of the indigenous peoples skills and abilities made good use of their local knowledge by asking them to maintain coast watching positions.

The unit, tasked with patrolling, scouting and surveillance across all approaches to the Kimberley and the Northern Territory in order to provide early warning of impending attacks needed to be highly mobile, lightly armed, self sufficient and capable of maintaining good communications.

The NAOU was made up of between 500 officers and other ranks and approximately 60 Indigenous civilians operating in small section sized patrols (10 men) mostly on horseback.
The patrols were required to live off the land all the while coping with the hazards of the North, Crocodiles, highly venomous snakes, fish and other creatures as well as the much despised and never relenting Mosquitos. They had no doctor and had to deal with all injuries and disease the best way they could.

As the threat of invasion passed, the unit was reduced in strength and disbanded in March 1945.