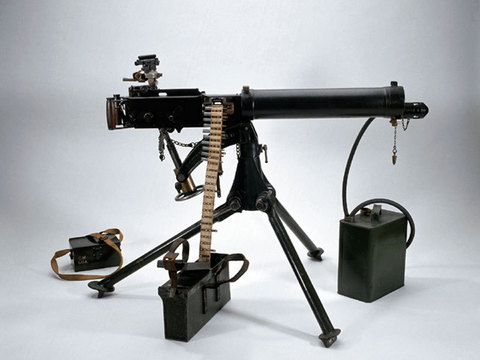 Later in the war the Companies were aggregated into Machine Gun Battalions under Divisional command. However their employment was still on the basis of providing the formidable fire support that massed machine guns were capable of.  The elements of the MG Battalions and Companies were allocated to sections of the line in detachments of varying sizes depending on the task, but generally as a minimum in pairs as a 'section'.

The 8th MG Coy was engaged in all of the battles in which its parent Brigade took part, from Fromelles to Beaurevoir.

It was heavily engaged in and around Fleurbaix  / Fromelles in July1916 and at Polygon Wood from 26-29 September 1917; in both cases sustaining significant numbers of casualties in the process.

On the 17th April 1918 near Villers Bretonneux, the unit was subject to a mustard gas attack fired at 4.45am and catching the men in difficulty getting their respirators on in time.  5 officers and 28 men became casualties as a result (see war diary).

The 8th MG Coy was absorbed into the 5th MG Battalion in early 1918  Detailed deployments need to be referenced to the War diaries particularly during the German Spring Offensive (March  / April 1918) when Brigades were deployed independently to plug gaps in the line.