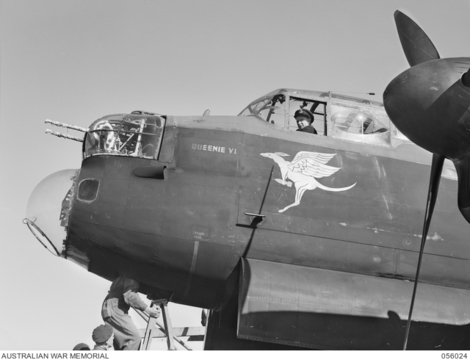 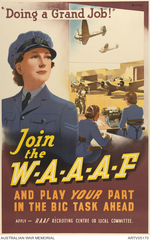 Please note;  This is a generic listing for personnel whose record summary does not identify a specific unit.  Searching by name will more likely find your subject of interest more quickly than sifting through this list.

The Women's Auxiliary Australian Air Force (WAAAF) was formed in March 1941 after considerable lobbying by women keen to serve and by the Chief of the Air Staff who wanted to release male personnel serving in Australia for service overseas.

The WAAAF was the largest of the Second World War women's services, and unlike two of the three extant Army women's services, was not dedicated to caring for the sick and wounded.  Rather it was aimed squarely at releasing men for operational duties off-shore.  Army had the benefit of the Militia and the Volunteer Defence Corps to fill roles in mainland Australia, but by 1943 it, too saw large numbers of women undertaking a broad range of roles.

In all areas except pay and entitlements women were treated the same as men in the Royal Australian Air Force.

Pay and conditions were vastly different to men, women were only paid a percentage of the equivalent male wage and married women were not allowed to remain in the WAAAF.

It was disbanded in December 1947. A new Australian women's air force was formed in July 1950 and in November became the Women's Royal Australian Air Force (WRAAF). The WRAAF was disbanded in the early 1980s and female personnel were absorbed into the mainstream RAAF.