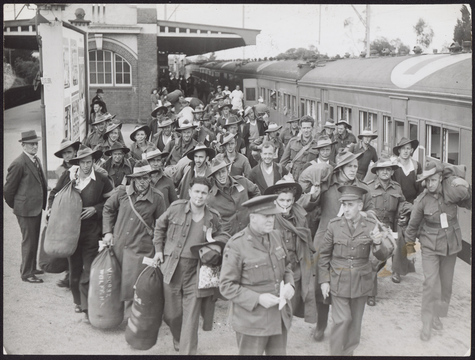 General Hospitals are what is known as 'Third Line Health Support'; the 'Line' equates to an 'echelon', where First line is the forward or 'F' echelon and in Medical parlance equates to a unit Regimental Aid Post.  Second Line equates to a Field Ambulance / Casualty Clearing Station.  Patient 'stays' in these facilities are only generally short term or transient before the patient is either returned to Duty or is evacuated further to the Rear Areas to Third Line facilities.

Medical support is one of the critical combat multipliers of modern warfare.  An effective medical support system can sustain soldiers in the field longer by minimising the risk of disease, and reduce the time spent out of the line by quickly and effectively assessing, treating and rehabilitating wounded and injured soldiers so that they may either return to full duty or serve in other roles commensurate with their capacity.

Most General Hospitals were located in Australia.  Many were later to become the basis of the Repatriation & General Hospitals post war (indicated in the list below). Explicitly '2nd/AIF' designated Hospitals (identified with a '2nd/xyz' numeric designator) are dealt with separately.