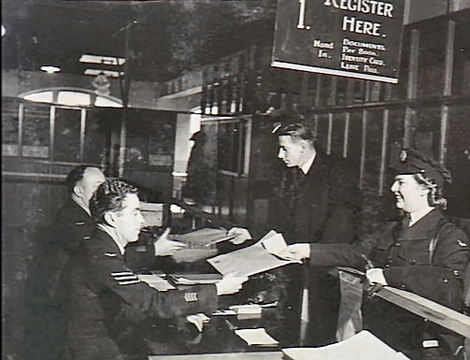 These organisations served no operational function, being purely administrtative in nature.

Personnel Depots and Aircrew Holding Units were administrative units established to stage trained aircrew through prior to the next stage of training, assignment to a course or to a squadron, or, at the end of the war, for de-mobilisation processing.

There is a separate listing for the main Aircrew Holding units.

Embarkation Units were located in each major city and adminstered personnel preparing to be shipped overseas.

Many personnel have such units listed in their Nominal Roll entry, purely because that is where they were assigned at war's end when the Nominal Roll was compiled.  For a more accurate indication of the squadrons in which they served, users should consult the service record of their person of interest (The National Archives Australia website), and upload it to their 'Person Page' using the 'Update Details' feature.