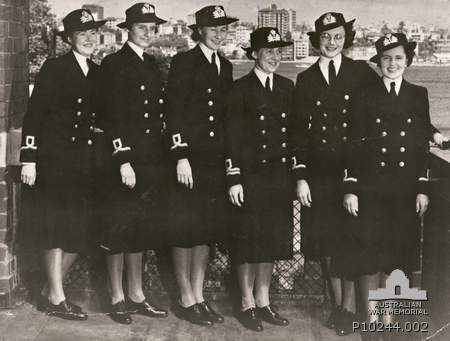 The RAN Nursing Service (RANNS) was inaugurated in October 1942, when 23 qualified nursing sisters began duty in RAN hospitals. Superintending Sister Annie Laidlaw commanded the RANNS from its formation until 1946,[9] and at its peak there were 56 nursing sisters in the RANNS working in RAN hospitals across Australia, as well as at Milne Bay in Papua New Guinea. Nurses entering the RANNS were registered with at least 12 months of nursing experience. They undertook familiarisation at the RAN Medical Training School at HMAS Cerberus. Upon completion of training they were initially posted to billets in RAN Hospitals in either HMAS Penguin in Sydney, or Cerberus in Victoria. In 1948, the RANNS were disbanded, however, the demand for nurses was too great, and the RANNS was subsequently re-formed in November 1964. In June 1984, the Naval Forces (Women’s Services) Regulations were repealed, and the designation RANNS was abolished, leading to the nurses being incorporated within the Nursing Branch of the RAN. By this stage, qualified nurses wanting to join the RAN as nursing officers were enlisted with the rank of Sub Lieutenant on probation, while undergoing training as officers at HMAS Creswell. - by Lieutenant Andrea Argirides, RANR