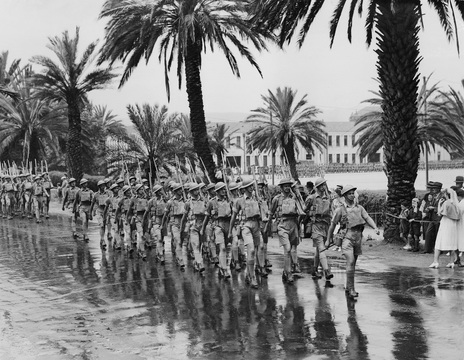 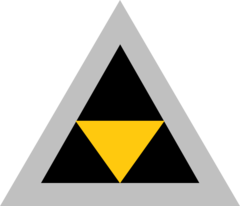 The following is compiled from several sources including the AWM Unit history and 'Blackburn VC' by Andrew Faulkner published in 2011.

The Battalion was raised in June 1940, in Adelaide, with Lieutenant Colonel Arthur Seaforth Blackburn, VC as its Commanding Officer.

Although raised in South Australia, and with A Company originating there, B Company came from Victoria, C Company from Tasmania and D Company originated in Western Australia. Indeed, it was not until April 1941, that the whole battalion was brought together as a whole and this was on board the troopship taking them to the Middle East.

Arriving in the Middle East  in mid-May, the battalion travelled to Palestine, where it joined the 7th Division.  The Division was preparing to invade Syria under 'Operation Exporter'. Allied forces began their invasion of Syria on 8 June and were soon engaged in heavy fighting against the Vichy French.

The 2nd/3rd MG Battalion remained in Syria as part of the occupation force for the rest of the year.  Their CO Arthur Blackburn (a lawyer in civilian life)  was appointed to a Court of Inquiry along with Major Cedric Isaachsen (another South Australian Lawyer, with the 2nd/27th Battalion) to examine the conduct of the campaign.  One of the unacknowledged benefits of a 'citizen army' were the civilian skill sets they brought with them!

In December 1941, Japan had entered the war and the AIF had been recalled to Australia.

During January - February 1942 units from the 7th Division began to return to Australia in response to recall from Australia following the outbreak of the Pacific War.  Unbeknoen to the troops a fuious exchange was going on between Prime minister Curtin and Ba bellicose British Prime Minister Churchill, who wanted the AIF troops sent to Burma.

The 2nd/3rd (less B Company) sailed on 1 February. However, the Battalion was about to caught up in the rapid  Japanese advance through SE Asia.

British forces in Singapore surrendered on 15 February. Two days later the troopship Orcades, the fastest ship in the convoy, carrying the 2nd/3rd MG Battalion (minus B Company which was on another ship), the 2nd/2nd Pioneer Battalion, and the 2nd /6th Field Company, were despatched to Java, reaching Oosthaven in Sumatra, before going on to Batavia in Java.

The Japanese were already moving through the Netherlands East Indies and, in what was more a political decision than a sound strategic one, it was decided these divisional support units would make a stand on Java. It was a scandalously futile gesture, compounding the 'penny packeting' of the 23rd Brigade in the so-called 'Bird Forces', 'Lark', 'Gull' and 'Sparrow' on Rabaul, Ambon and Timor respectively, that doomed them to destruction - particularly as there was no capacity to extract them.

The 2nd /3rd and their colleagues were about to become part of this debacle.  Worse, their equipment ammunition and vehicles were on other ships in the convoy.

This small Allied force that was supposed to defend Java was built around the 2nd/3rd and other units aboard Orcades, as well as a battery of American artillery already on Java and a squadron from the 3rd King's Own Hussars. Blackburn was promoted to brigadier and was placed in command of the force which became known as "Blackforce".

They were fortuitously able to equip themselves with US stores that had been dropped at the dock for the Dutch, including small arms and ammunition (on which they had not been trained but to which they adapted quickly).

The Japanese landed on Java on 28 February. Blackforce went into action at Leuwiliang, near Buitenzorg, on 4 March. They fought the Japanese for two days in an effective delaying defence action but on 8 March Dutch forces surrendered, totally compromising the Australian force and the next day Blackforce was ordered to lay down its arms.

Those who had survived the fighting spent the rest of the war as prisoners. For the next three years they were used as forced labour, most of them working on the infamous Thai-Burma Railway or in other prison camps.  Some of the Officers including Blackburn, were sent to Manchuria.   One-hundred-and-thirty-nine men from the 2/3rd died while prisoners, including numbers lost at sea while being transported to Japan, when the ships carrying them were torpedoed by US submarines unaware of their human cargo.

However, not all of the Battalion was captured. While its headquarters and fighting components were in action in Java, the Battalion's B Company had returned to Australia in March. The group formed the basis of what was essentially a new 2nd/3rd MG Battalion, as from April the Battalion was reformed at Ingelburn in Sydney, before it moved to the PoW camp at Cowra in July.

In May 1943, after ten months at Cowra, the battalion moved to Queensland. Based at Deception Bay, C Company went to Moreton Island, D Company to Bribie Island, and B Company to Merauke in Dutch New Guinea. Later in the year the 2nd/3rd was concentrated at Wondecla, on the Atherton Tablelands, where it came under the command of the 6th Division.

The 2nd/3rd spent the rest of 1943 and almost all of 1944 on the Atherton Tablelands, the site of a massive concentration of AIF troops being prepared for deployment.  In December the Battalion was sent to New Guinea to support the 6th Division's Aitape-Wewak campaign. But rather than fighting as a machine-gun battalion, it was split up and its companies separated,  supporting the division's different units.  The 2nd/3rd thus fought as infantry from February 1945. The machine-gunners performed well in their new role, capturing a number of positions. B Company even made an amphibious landing at Dove Bay, east of Wewak, as part of 'Farida Force' in May.

Following Japan's surrender in August, the 2nd/3rd's ranks thinned, as men were either discharged or transferred. In December the remaining members of the battalion returned to Australia and in January 1946 the 2nd/3rd was disbanded in Sydney.