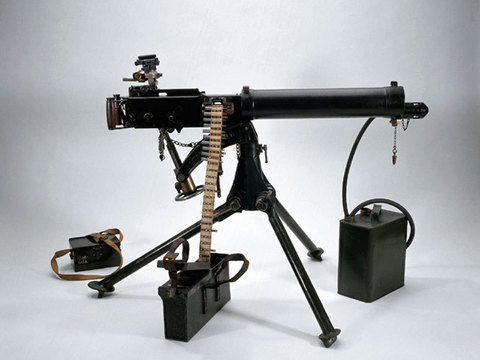 The 2nd Machine Gun Battalion was formed in March 1918 and consolidated the Machine Gun Companies of the three brigades within the Division; the 5th (NSW), 6th (Vic) and 7th (Outer States), and the 22nd Machine Gun Company (the latter being one of five numbered 21- 25 raised to give each Division an extra MG Company).

Each Infantry Brigade initially had a Machine Gun Company under command.  They were designated with the same number as the parent Brigade.  For example, the 5th Brigade thus had the 5th Machine Gun (MG) Company as part of "Brigade Troops" and the men in it were largely drawn from the Infantry Battalions in the Brigade, in this case, the 17th, 18th, 19th and 20th battalions, all drawn from NSW.

The elements of the MG Battalions and Companies were allocated to sections of the line in detachments of varying sizes depending on the task, but generally as a minimum in pairs as a 'section'.  A section would be two guns and their crews (generally three men per gun).