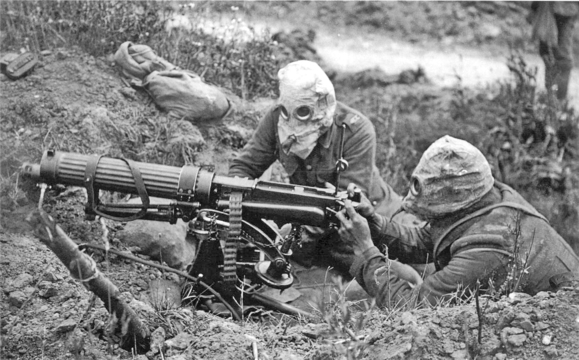 Machine Gun Companies were units attached to the Brigade with the same numeric designation.  From March 1918, like artillery units before them,  they were consolidated.  In this case, into Battalions of four Machine Gun Companies, attached to each Division, again with the same numeric designation; in this case the 3rd Division. They were allocated to sections of the line in detachments of varying sizes depending on the task, but generally as a minimum in pairs as a 'section'.

Detailed accounts of their activities are contained in the respective war diaries available through the AWM (see link).