No. 450 Squadron (RAAF) "The Desert Airforce - The Desert Harassers" 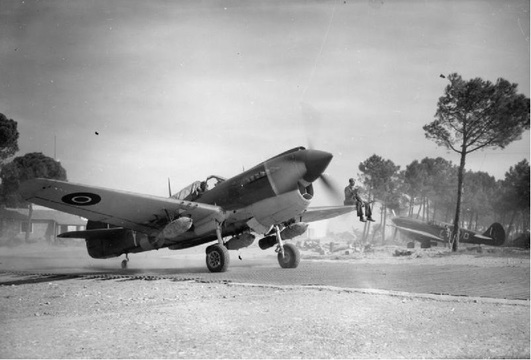 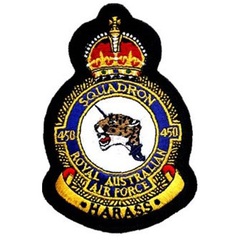 The first RAAF Article XV Squadron raised under the Empire Air Training Scheme, 450 was formed in February 1941 at RAAF Williamtown near Newcastle NSW.  It then embarked for the Middle East where it was equipped and employed as a ground attack squadron.  It became known as the "Desert Harassers'.  Initially equipped with Hawker Hurricane fighters which they operated in Syria and Lebanon, these were subsequently replaced with Curtiss P40 Kittyhawk fighters in North Africa, Sicily and Italy from December 1941 until March 1945, when they re-equipped with North American P51 Mustangs which they flew until the end of the War albeit too late to see actual service, before they susbequently disbanded in August 1945.

A comprehensive listing of base locations commanding officers etc is detailed on the Wikipedia page compiled for each Squadron.

See the links in the sidebar.

3, 450 and 451 Squadrons are commemorated on the RAAF Memorials complex at Torrens Parade Ground, in Adelaide's CBD - LINK (/explore/memorials/79)