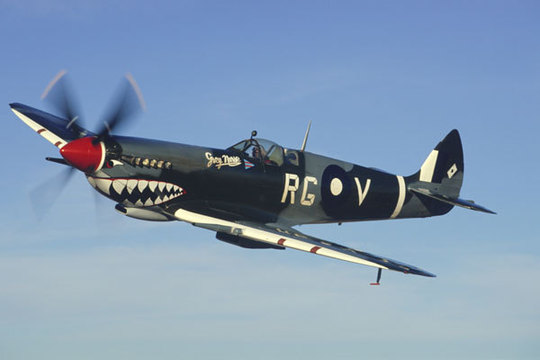 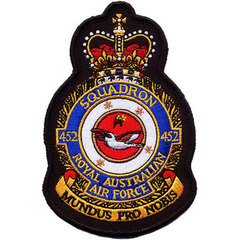 452 Squadron formed in England in April 1941, as the first 'Article XV' Squadron formed under the Empire Air Training Scheme with a RAAF designation.  452 flew fighter sweeps over France (known as "Rhubarbs") until early 1942 when the Squadron was directed back to defend northern Australia.

The squadron excelled in the European theatre becoming one of the top scoring allied squadrons during the period and producing aces like 'Paddy' Finucane and 'Bluey' Truscott.

The squadron flew from Kenly and Redhill before their last victory was achieved by Truscott in March of 1942. The squadron was credited with sixty aircraft destroyed despite the loss of twenty two pilots. In 1942, the Squadron, along with 457 Squadron RAAF and 54 Squadron RAF were marked to move to Australia to defend the Northern Territory from the Japanese and to show that Britain was still involved in the defence of Australia.

It finally deployed to the Dutch East Indies (these days Indonesia) where it remained until the cessation of hostilities.

457 Squadron's history mirrored that of 452.  457 Squadron operated in the defence of Darwin.  Its aircraft were decorated with distinctive shark's teeth markings, and are replicated in a contemporary example of a flying Spitfire based at Temora in NSW, owned by Mr David Lowy.  See this link to the Temora Aviation Museum (www.aviationmuseum.com.au):

Both are commemorated on Plaque No 5 of the RAAF Memorials complex at the Torrens Parade Ground.