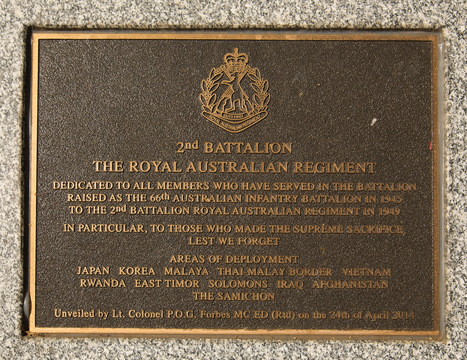 Following the end of the Second World War, Australia consolidated its forces in the SW Pacific on the island of Morotai in the Dutch East Indies (now Indonesia) and Papua New Guinea and began despatching troops back to Australia for demobilisation.

However it formed three new infantry battalions from volunteers on Morotai designated the 65th, 66th and 67th Battalions respectively  The three new Battalions , plus supporting troops, were sent to Japan as part of the British Commonwealth Occupation Force (BCOF).

As the situation in Japan progressed and stabilised, the 1st and 2nd Battalions were repatriated back to Australia by the end of 1949, leaving 3 RAR in Japan.