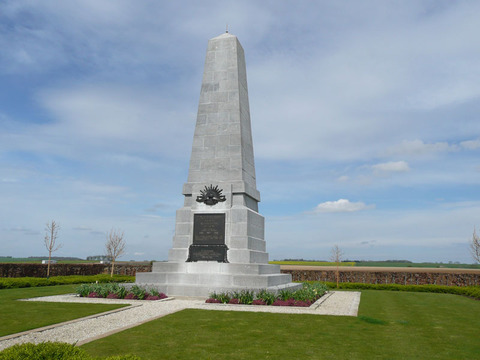 In early 1916, following the evacuation of ANZAC and the failure of the Gallipoli campaign, the decision was made to expand the size of the Australian Imperial Force (AIF).

At the time there were two divisions in Egypt—the 1st and 2nd—and of these, one of them (the 1st) was split up to provide a cadre upon which to raise the 4th and 5th Divisions.

Concurrently a decision was taken to raise the 3rd Division, direct from Australia on 2 February 1916.

Upon formation, the division drew its personnel from all Australian states and consisted of three four-battalion infantry brigades—the 9th, 10th and the 11th Brigades.

It was allocated supporting elements including engineers, artillery and medical personnel.

Only rudimentary initial training was undertaken before elements of the division began the embarkation process in May and June 1916 as they were moved to the United Kingdom, where the individual sub units concentrated for the first time, received arms and other equipment and began the task of undertaking further training at Lark Hill, on Salisbury Plain.

Their Commander was to be Major General John Monash.

The least experienced of the Austrlaian Divisions, the 3rd did not arrive at the front until late 1916.  Its first major battle as a Division was to be the attack at Messines in June 1917.