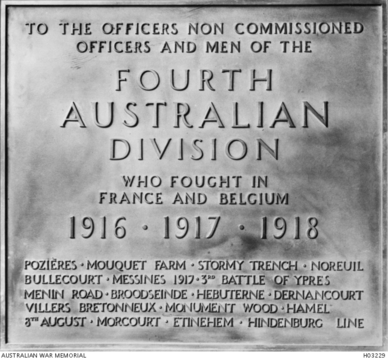 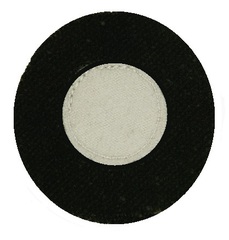 The 4th Division was raised as part of the "Doubling of the AIF" that took place in Egypt in February  / March of 1916.

It was to comprise the 4th Brigade transferred from the ANZAC Division, and two new Brigades, the 12th and 13th, created by splitting the Battalions of the 4th and 3rd Brigades respectively.  In addition the following units were absorbed into the DIvision:  4th Field Company, 4th Field Ambulance and 7th Army Service Corps Company which had fought at Gallipoli. The 12th and 13th Infantry Brigades were formed by taking half the personnel of the 4th and 3rd Infantry Brigades. Delays in assembling the artillery (mainly due to equipment and trained personnel shortages) meant that the division could not depart for France before June 1916. 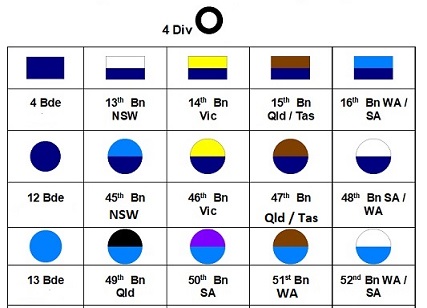 France, 1916
The division was initially stationed on the Suez Canal. In June 1916 it finally embarked for France, taking over part of the "nursery" sector near Armentières. Its stay there was very brief and soon it was following the First and Second Divisions to the Somme sector. In August 1916 it relieved the Second Division on the Pozières Heights around the ruins of the Windmill, and repulsed a major German counterattack. It was then directed to the north and the periphery of Mouquet Farm.

After Mouquet Farm there was a short period in Flanders before a return to Flers in October before enduring the worst winter in living memory in the Flers Guedecourt area.

Outpost Villages / Bullecourt
On 11 April 1917 the division attacked the Hindenburg Line in the First Battle of Bullecourt. The battle was a disaster for the 4th Division; the attack was delayed for 24 hours after the men lay out in the snow on the first night.  When the supporting tanks turned up they all broke down or were destroyed by enemy fire in short order.  With minimal supporting artillery they still managed in breaching the enemy line, but they were contained, outflanked and repulsed and 1170 Australian prisoners were taken by the Germans.

In June it participated in the Battle of Messines, initilly as Reserve, following up the New Zealand Division on the left and 3rd Australian Division on the right, before pushing through the 3rd to capture the subsequent objective line.  This was only the second major success for the AIF and the other British and Commonwelath participants, after the stunning Canadian victory at Mesines in April 1917.

In September it participated in the Battle of Polygon Wood, the second of General Herbert Plumers large 'bite and hold' battles in the Third Ypres campaign.  They bit and they held and went on to do the same at the subsequent battle for Broodseinde Ridge.

Ancre River line
In March 1918 the division was rushed to the Somme region to stem the German Offensive. The Australian 3rd and 4th Divisions had been ordered to proceed to Amiens to strengthen the retreating British 5th Army. There it repulsed the advancing Germans in hard fought battles at Hebuterne in late March and Dernancourt 28 Mar-5April.

The Battle of Dernancourt involved the 12th and 13th Brigades of the 4th Division, defending to the north west of a railway embankment and cuttings near Dernancourt, just south of Albert. The under strength Australian Brigades ( numbering about 4,000 ) faced 4 German Divisions totalling about 25,000. Situated on the western side of the Ancre River valley, the Australians formed a defensive line at the railway embankment, from which they held back German attacks. The Australian 48th Battalion soon found itself outflanked by German troops to its rear and the 47th was largely overrun by the enemy centre. The 48th was ordered to hold at all costs but by midday was facing annihilation and the senior officer ordered a withdrawal. Much like the actions at Bullecourt the previous year, the Australian battalion withdrew successfully and in order. This action costs 12th and 13th Brigades ( 4th Division ) 1,100 casualties.

In April its 13th Infantry Brigade was involved in the counterattack at Villers-Bretonneux. On April 21, German deserters revealed that German attack preparations were nearing completion. They revealed that the attack would commence early on April 24, with the first two to three hours consisting of gas shelling. British aerial observations revealed German troops massing in trenches less than two kilometres south of Villers-Bretonneux in Hangard Wood.

On the night of April 22–23, British and Australian artillery shelled German mustering areas. At dawn the infantry was standing ready but no attack eventuated, most of the activity on this day was in air as aircraft traversed the battlefield, bombing, strafing and engaging in dogfights. It was during one of these dogfights that the German "Red Baron" was shot down over Australian lines, north of Villers-Bretonneux at Corbie. The fact that he was hit by single bullet entering low and exiting high supports assertions that Australian groundfire, most likely Sergeant Cedric Popkin of the 24th Machine-Gun Company, 4th Division fired the burst that killed Baron Manfred von Richthofen.

The Division went on to fight in the Battle of Le Hamel (4 July), and then in the Hundred Days campaign from 8 August the Battle of Épehy (with distinction), Battle of Amiens and the Hindenburg Line, finally reaching the town of Bellenglise.

Demobilisation commenced in late 1918, and in March 1919 the division merged with 1st Australian Division.