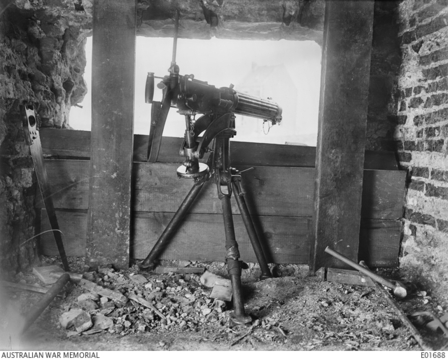 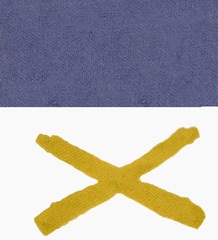 Main image thanks to http://www.war44.com/misc/images/4/Vickers_machine_gun_Mk_1.gif - see slide show for caption

Each Infantry Brigade had a Machine Gun Company under command.  They were designated with the same number as the parent Brigade.  The 3rd Brigade thus had the 3rd Machine Gun Company as part of "Brigade Troops" and the men in it were largely drawn from the Infantry Battalions in the Brigade, in this case, the 9th (Qld) 10th (SA), 11th (WA), and the 12th (Tas) Battalions.

Later in the war the Companies were aggregated into Machine Gun Battalions under Divisional command. However thier employment was still on the basis of providing the formidable fire support that massed machine guns were capable of.  The elements of the MG Battalions and Companies were allocated to sections of the line in detachments of varying sizes depending on the task, but generally as a minimum in pairs as a 'section'.

The 3rd MG Coy was absorbed into the 1st MG Battalion.