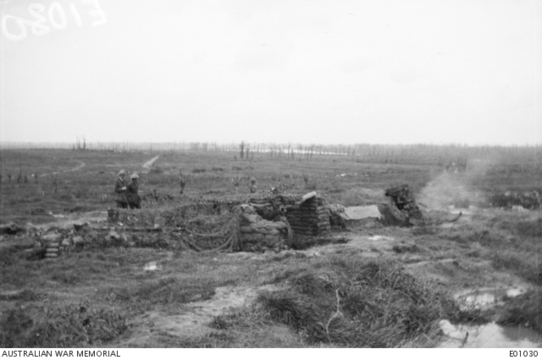 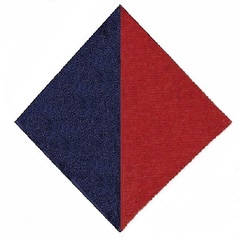 Each Division of the AIF had an allocation of artillery units that broke down to the basic unit of fire  - the battery, generally of between four to six weapons - guns, howitzers or mortars.  These allocations varied during the course of the War as some elments were consolidated or removed from the establishment.

Guns are generally described as firing up to 45 degrees of elevation firing a comparatively light shell at high velocity with a relatively flat trajectory using a fixed (ie not variable) propellant charge.  Howitzers on the other hand fire a medium weight shell at a variety of trajectories and charges often at quite high angles using variable charges.  Most field artillery used by Australian forces since WW1 are actually of a 'gun/howitzer' configuration; the ubiquitous 25 pounder of WW2 renown being a prime example.  In WW1, the 'weapon of choice' was the 18 pounder field gun, a forerunner of the 25 pounder.  Mortars are far less mechanically complex than guns and howitzers; their key features being being muzzle loading, of shorter range and firing exclusively at angles greater than 45 degrees in elevation.

The artillery assets were generally organised into Field Artillery Brigades with numeric designations corresponding to the Brigades in each Division.  These were re-organised from early 1917 with the third and any other FAB within each Division being re-allocated under Army level command.

This the Second Division's artillery assets were organised as follows:

Each Division had an Ammunition Column, the sole object of which was to keep ammunition up to the guns by whatever means were available; vehicle light and medium rail and horse-drawn wagons.  They were responsible for moving ammunition forward of Ordnance and Supply parks established in rear areas.  Each Field Artillery Brigade also had its own Ammuniion Column.