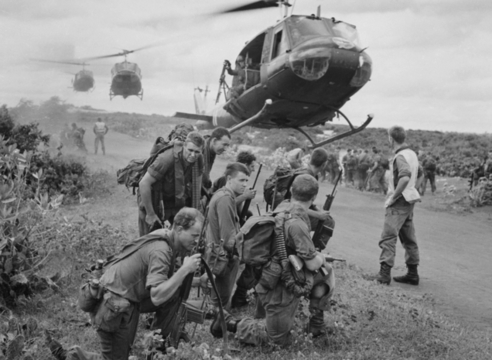 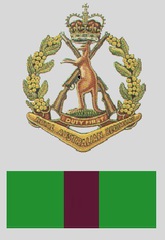 7th Battalion, The Royal Australian Regiment (7RAR) was raised on 1 September 1965 at Puckapunyal, Victoria as part of an expansion of the Royal Australian Regiment undertaken to meet national commitments to the Vietnam War.  The first tour of duty was from April 1967 and the second from February 1970.  Both tours lasted approximately 12 months and during this time 7RAR was deployed on 48 operations.

7RAR was warned for service in 1966 and after preparatory training, the battalion began arriving in Vietnam in April 1967, relieving 5RAR. It was part of the 1st Australian Task Force (1ATF) and was based at Nui Dat in Phuoc Tuy province.

The battalion spent the majority of its tour patrolling in Phuoc Tuy. It also carried out numerous cordon-and-search operations. It was relieved by 1RAR on 9 April 1968 and arrived in Sydney on 26 April.

7RAR was deployed outside of Phuoc Tuy with 2RAR from 24 January-1 March 1968. During this time it took part in Operation Coburg on the Bien Hoa-Long Khanh border. The aim of the operation was to provide protection to allied bases during the 1968 Tet Offensive and was the first time 1ATF was deployed outside of Phuoc Tuy province. 7RAR was involved in the operation until March, apart from a break it took from 9-13 February, when it returned to Nui Dat.

7RAR returned to Vietnam in February 1970, again relieving 5RAR. It was mainly involved with pacification operations in Phuoc Tuy, which had become the 1ATF priority in April 1969. This involved seeking out and destroying the enemy in its base areas, preventing enemy access to the civilian population, and helping to create a secure climate for South Vietnamese social, political, and military life. The work was demanding, dangerous, and monotonous for the troops.

As part of the pacification programme, 1ATF took part in Operation Cung Chung. This operation involved four phases of activity from 12 June 1970 to February 1971. Cung Chung involved intensive patrolling and ambush in order to deter the enemy from moving through the area. The operation was successful but the consistent patrolling placed a strain on the troops.

In February 1971, 7RAR was relieved by 3RAR and departed for Australia later that month, arriving in Sydney on 10 March 1971.

7RAR amalgamated with the 5th Battalion to create 5th/7th Battalion in 1973, based at Holsworthy as a Mechanised (Armoured Personnel Carrier) Infantry Battalion as part of the 1st Brigade, a union which persisted until both units reverted to their precursor identities in 2006, when 1st Brigade re-located to Darwin.  7 RAR moved to Adelaide in 2010 located at the 'RAAF Edinburgh 'Super Base'.

During the period 2007 to 2010, 7RAR deployed two company groups to Afghanistan and Iraq respectively. During 2008/2009, 7RAR led the Mentoring and Reconstruction Task Force in Afghanistan. 7RAR has also contributed platoon size groups and numerous individual deployments to various theatres of operations since it was re-raised.

Members of the 7th Battalion, The Royal Australian Regiment were awarded the following decorations for service in Afghanistan

As at 2016 7RAR has once again deployed elements to the Middle East Area of Operations.  This entry will be updated in due course