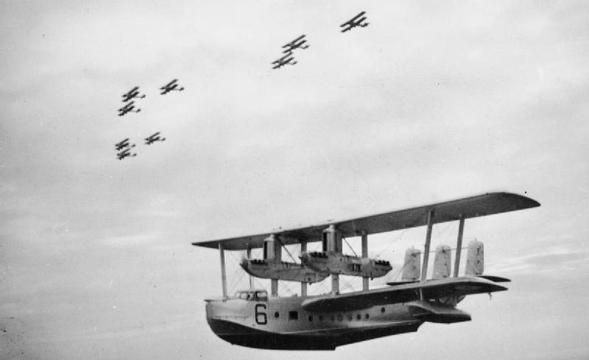 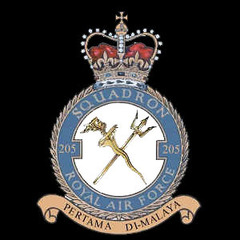 For the purpose of the RSL Virtual War Memorial, No. 15 Squadron (RAF)  is included as one of the RAF Squadrons in which Australians served fought and died during WW II.

Following is an extract pertaining to WW2.

In 1927 the RAF formed the Far East Flight placing Group Captain H M Cave-Browne-Cave in command and in October it began its flight to Singapore.   Arriving in February 1928, it then undertook a flight across to Australia and then around the coast of the continent before flying back to Singapore, where on 8 January 1929, it was redesignated No 205 Squadron.  It was the first RAF squadron to be permanently based in the Far East, its Southamptons being used to carry out patrols around Malaya as well as conducting survey flights.  Singapores began to arrive in April 1935 but the Southamptons were not fully replaced until February 1936.  On the outbreak of war in Europe it began patrolling the Indian Ocean, using advanced bases in Ceylon and the Nicobar Islands.

Catalinas began to replace the Singapores in April 1941 but the latter soldiered on until October, so by the time of the Japanese attack in December, it was fully equipped with the former.  Having suffering heavy losses during operations to locate the Japanese invasion fleets, it withdrew to Java and finally in March 1942 to Australia, where it disbanded on the 31st of the month.

It reformed in Ceylon on 23 July 1942 from detachments of Nos 202 and 240 Squadrons.  The squadron remained based at Koggala on the island for the rest of the war and afterwards until September 1949, although it operated a number of detachments at various advanced bases during this period.  Catalinas remained its main equipment until June 1945 when these began to be replaced by Sunderland Vs.

In September 1949, it returned to its original home, Seletar in Singapore and during 1950 and 1951, it operated a detachment at Iwakuni in Japan from where it patrolled the Korean coast.  Other detachments were also operated  from China Bay, Kai Tak and Changi.  From 1 January 1955 to a November 1958 the squadron had  No 209 linked to it.  In March 1959 the squadron HQ moved to Changi and the Sunderlands at Seletar became a detachment.  At the same time the squadron began converting to the land based Maritime Reconnaissance role at Changi on Shackleton MR Mk 1 aircraft.  In May the Shackleton element was fully worked up and the squadron flew both it's and the RAF's last Sunderland operation on the 15th of the month.  The squadron continued to provide maritime surveillance and SAR cover around Singapore and Malaya until the withdrawal of British forces from the area, disbanding on 31 October 1971.