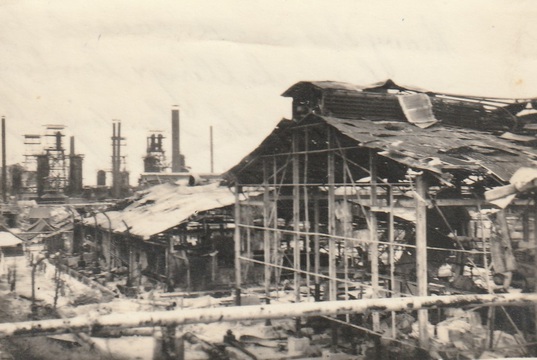 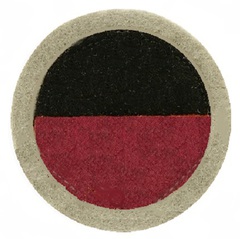 The 2nd/31st Battalion was raised in the United Kingdom in 1940, from personnel who had embarked in May of that year, in what was known as 'Third Convoy' comprising the Queen Mary, the Mauritania and the Empress of Canada, ostensibly to join the 6th Division on operations in the Middle East.  Instead, they were diverted to assist with the defence of the United Kingdom from German invasion.

On arrival in the UK personnel not attached to the 18th Brigade were re-organised into three battalion groups and numbered (initially) 70th 71st and 72nd battalions.  These were to become the 2nd/31st, 2nd/32nd and 2nd/33rd Battalions respectively.

The 2nd/31st Infantry Battalion was one of three formed in the United Kingdom on 27 June 1940 to create the 25th Infantry Brigade. The battalion’s personnel were drawn from throughout the Australian force that had arrived in Britain earlier in the month and manpower shortages meant the battalion included only three rifle companies instead of the usual four. It was initially known as the 70th Battalion and was based at Tidworth, but in October it was retitled the 2nd/31st, and in the same month relocated to Colchester. It left Britain on 4 January 1941 and disembarked in Egypt on 9 March.

Upon arrival, the 2nd/31st moved to Palestine for training where it was joined by a fourth rifle company. On 11 April, the 25th Brigade, now part of the 7th Australian Division, began to move to Egypt to bolster the defences along the Libyan frontier against an expected German attack and the 2nd/31st occupied positions at Mersa Matruh.

In late May 1941, the 2nd/31st returned to Palestine to take part in the 25th Brigade’s first offensive operation – the invasion of Syria and Lebanon. The 2nd/31st’s first major engagement in eastern Lebanon was around Khirbe between 8 and 11 June. It was subsequently ordered to capture the town of Jezzine, which controlled one of the lateral routes to the coast. Jezzine fell to the 2nd/31st on 14 June but was heavily counter-attacked by the Vichy French on the 16th. The terrain around Jezzine was steep and rugged and the fighting exhausting; it was still in progress when the armistice was declared on 12 July. The 2nd/31st remained in Lebanon as part of the Allied garrison until 13 January 1942.

Bound for home, the 2nd/31st sailed from Port Tewfik in Egypt on 9 February 1942 and disembarked in Adelaide on 10 March. It trained in Australia until the end of August and on 9 September arrived in Port Moresby to reinforce the battered Australian units on the Kokoda Trail. Joining the fray at Ioribaiwa on 15 September, the battalion was soon withdrawn, with the rest of the Australian force, to Imita Ridge. The Japanese did not follow. The the 2nd/31st Battalion subsequently participated in the advance back along the trail when the Japanese retreated. On 1 November it was the first battalion to re-enter Kokoda, and played a key role in smashing the last Japanese defensive position on the trail at Gorari between 7 and 11 November. The 2nd/31st was briefly involved in the operations at Gona between 23 November and 4 December, before returning to Port Moresby by air on 15 December and eventually sailing back to Australia in early January 1943.

The 2nd/31st returned to Port Moresby on 26 July in preparation for the 25th Brigade’s next operation – the advance on the Japanese base at Lae, in New Guinea. The 2nd/31st flew into Nadzab on 12 September and, after a hurried advance, joined the fighting east of Lae, which fell on 16 September. On 29 September the 2nd/31st was flown from Nadzab to Kaipit and spent the rest of the year principally engaged in patrol actions in the Ramu Valley and the foothills of the Finisterre Range. It returned to Australia on 16 February 1944.

Like most of the AIF battalions, the 2/31st spent over a year training in Australia prior to its final operation of the war. It departed Australia on 2 June 1945 and landed at Balikpapan in Borneo on 2 July. The 2nd/31st’s operations were concentrated around the Milford Highway – the site of the most determined Japanese resistance – and it suffered the heaviest casualties of any unit involved in the campaign. It was withdrawn to rest on 26 July. The war ended on 15 August and from October drafts of long-service personnel began returning to Australia. The remainder of the battalion arrived in Brisbane in early February, and disbanded there in the first week of March.

· Robson, Ewan Murray (known to the troops as 'The Punisher' - a stern disciplinarian)