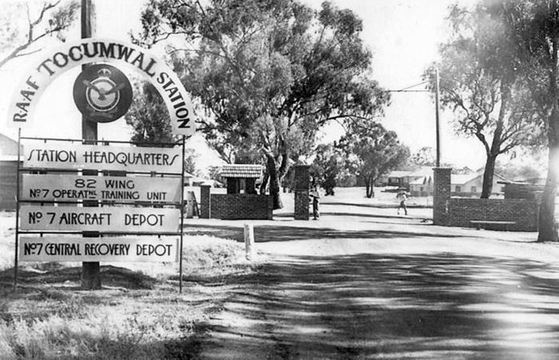 1 Aircraft Depot (Laverton Vic) - No. 1 Aircraft Depot (No. 1 AD) was a maintenance unit of the Royal Australian Air Force (RAAF). Formed in July 1921 at RAAF Point Cook, Victoria, it moved to the nearby RAAF Laverton in March 1926. As well as servicing aircraft and other equipment, in its early years the depot supported survey flights in Australia and the Pacific region. Its strength increased from 350 staff in the 1930s to over 2,000 during World War II, when it assembled, tested and repaired aircraft ranging from Tiger Moths to Spitfires to B-17 Flying Fortresses. The depot also engaged in aircraft research and development. Shortly after the war it introduced the first jets into RAAF service. In 1961, No. 1 AD ceased airframe maintenance, but continued to service aero engines. By the 1970s its main focus was ground-based equipment, though it still handled some aircraft components. The depot was disbanded in December 1994, its functions having been taken over by other units and private contractors. At the time of its disbandment, it was the oldest RAAF unit in continuous operation.

7 Aircraft Repair Depot (Tocumwal NSW) - An advance party of two officers and 60 airmen arrived at Corowa on 11 May 1942. Earlier the Army had taken possession of buildings at Albury for the use of the RAAF at the local Corowa airfield. Plans were made for the expansion of the airfield and the provision of hangars and workshops. Early accommodation was provided at the Globe Hotel. The Depot headquarters was established in the Literary Institute.

During June the overhaul of Twin Wasp engines commenced. and the non-commissioned officers moved from the Globe Hotel to quarters at the airfiled on 17 June. The unit struggled early due to delays in the construction of the airfield and the tardy provision of maintenance equipment. The unit was to expand slowly, but by the end of October the strength of the unit was 23 officers and 528 airmen. On 1 Dec 1942 the unit began its move to RAAF Tocumwal.the unit strength in November 1945 stood at 1329. On 14 February 1946, the facilities at the Depot were taken over by Care and Maintenance Unit, Tocumwal. 398 aircrait, including Tiger Moth, Oxford, W1rraway and Liberator, were held at the end of February 1946. The last entry in the Unit History Record was made in June 1949. Att this stage equipment was being prepared for sale by the Commonwealth Disposal Commission.

12 Aircraft Repair Depot (Werribee, Vic) No. 12 Aircraft Repair Depot was formed at Werribee, Victoria, on 1 May 1944, to repair and maintain B-24 Liberator aircraft in the North-Western Area. The site at Werribee lacked messing and barrack facilities; meals and bedding had to be supplied by 1 Central Recovery Depot. On 7 May 1944 the orderly room, equipment and transport sections opened for business, with the first equipment for the Depot being delivered on 12 May.

14 Aircraft Repair Depot ( Ascot Vale Vic) The unit formed as 7 Airframe Repair Depot at Ascot Vale in Victoria on 25 Sep 1942, before being renamed 14 Aircraft repair Depot on 30 October. It relocated to Gorrie in the Northern Territory with the first of seven groups that undertook the 8 day trip arriving on 18 Feb 1943, the last of nearly 1,000 men arriving on 23 Sep 1943. No.14 Aircraft Repair Depot was responsible for the overhaul and maintenance of a wide variety of RAAF combat aircraft including Hudsons, Beauforts, Mitchells, Spitfires, Dakotas, Lightnings, Mosquitos, Beaufighters, Vengeances and Liberators. The unit also provided engineering and servicing facilities for all types of RAAF vehicles and ground equipment.

Following the Japanese attacks on Broome in 1942,  16 flying boats were destroyed causing a huge amount of consternation about RAAF operations.  Those lost were a mixture of RAAF and Netherlands East Indies airframes.  The establishment of a safe haven for flying boats and amphibians was deemed “Essential to the Defence of Australia.”   Work began to provide a facility against two key criteria;  “South and inland” were prerequisites.

Inspections of Lake Boga and Kangaroo Lake in Victoria were made, Lake Boga being the preferred site as it was an ideal stretch of water for the flying boats and amphibious aircraft because it was almost circular (offering unlimited choice of landing/take off direction) and free of obstructions.

The required infrastructure was already in place, vacant land around its foreshore, an adjacent railhead and highway, electricity from Swan Hill and telecommunication.

In June 1942 the Royal Australian Air Force established the No.1 Flying Boat Repair Depot (1FBRD) on the shore at Lake Boga, near Swan Hill in Victoria. The southern Australian location was selected because it was considered to be beyond the range of Japanese aircraft advancing on Australia from the north. The nearby Swan Hill aerodrome was used by military land-based aircraft visiting the Lake Boga RAAF Station.

n the five years of Depot life, more than 1050 aircraft arrivals/departures took place.  An estimated 800 test flights (plus associated “unofficial aerobatics”). In addition to RAAF aircraft, many allied flying boats used the Lake Boga Depot for repairs, including those of the United States of America and the Netherlands.

Following the Japanese attacks on Broome in 1942,  the establishment of a safe haven for flying boats and amphibians was deemed “Essential to the Defence of Australia.”   Work began to provide a facility against two key criteria;  “South and inland” were prerequisites.  As described above Laake Boga became the major site, but a base already existed at Rathmines on the NSW Central Coast.  Although it was considered vulnerable to Japanese air or naval attack (as happened at nearby Newcastle in mid 1942), the alternate site  at Lake Boga (see above) was chosen to provide some redundancy.

A second repair base was established at RAAF Rathmines on Lake Macquarie, north of Sydney, which had been a flying boat base since 1939. No.2 FBRD at Rathmines worked in association with 1FBRD for the duration of the war, although Lake Boga received the majority of flying boats for repair, rebuilds and routine major overhauls. These included RAAF, Netherlands and United States aircraft.

Forward maintenace units were established closer to the Area of Operations including No.1 Flying Boat Maintenace Unit at Bowen in Queensland.

Compiled from a range of sources  - Steve Larkins Jan 19