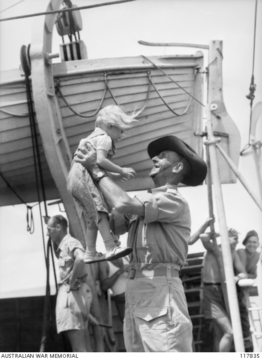 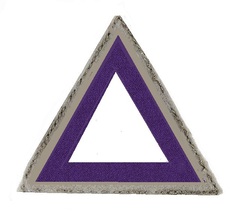 The 2/2 Pioneer Battalion was first formed in May 1940 in Victoria comprising men (or boys in some cases) between 15 and 57 years of age.

The Battalion entrained to Sydney to board the H.M.S. Queen Mary and sailed April 9th, 1941 for the Middle East via Fremantle, Western Australia and Trincomalee, Ceylon. The ship arrived at the Port Tewfik (port of Suez) May 4th and the Battalion was transhipped to the S.S. Ethiopia for the journey up the Suez Canal. The men were disembarked at El Kantara then entrained to Hill 95 camp (near Dier Suneid) in Palestine. Although referred to as the “Syrian Campaign”; military operations were actually confined to the Lebanon. The Battalion’s first action occurred between June 15th to 22nd 1941 at Fort Merdjayoun; sustaining many casualties.

Initially the Battalion did not fight as a whole – each of the companies supported different brigades. A Company went to the 21st Brigade at Er Rama and B Company to the 25th Brigade near Rosh Pinah.

When the attack began on 7 June, A Company was placed under the command of the 2/16th Infantry Battalion and had three tasks: breach the frontier fence at El Malakiya (a formidable obstacle of barbed-wire and iron picket), improve the approaches from the frontier road to the gap in the fence and build a road across the fields to link with the road passing through Aiteroune. B Company had a similar task. At Metulla it prepared artillery approaches and improved the track from Mezudal and Banias. The men also assisted engineers to repair a crater in the road near Dan.

But when the Vichy French counter-attacked Merdjayoun on 15 June, the 2/2nd recalled its scattered companies to hold the new Litani River bridge and prevent further enemy advance.

On 17 June the Pioneers participated in the attack on Fort Merdjayoun as part of Todd Force. In a reckless decision, A and B Companies were ordered to make a frontal attack on the fort. French machine-gun fire quickly stopped the attack and the Australians were exposed. Casualties mounted but the companies were pinned, unable to withdraw until evening. They suffered heavily: 27 killed, 29 captured, and 46 wounded.

Despite the losses the Battalion remained in action for the rest of the campaign. It was particularly active in the fighting around Merdjayoun and El Mtolle and in the attack on Damour in July.

Following the surrender of the Vichy French (battle memorial plaque near Dog River, Damour) the Battalion concentrated first at Damour and then near Tripolis. For the next four months the Battalion trained and conducted garrison duties, with each company sent to different locations as needed. In November the Pioneers moved to Qatana.

When the 7th Division returned to Australia, the 2nd/2nd found itself in the fast liner  Orcades along woth other Divisional units such as the 2nd/3rd Machine Gun Battalion.

The Orcades was diverted from the convoy, in a doomed gesture of support to the beleagured Dutch in their East Indies colonial domain.

British forces in Singapore surrendered on 15 February. Two days later the Orcades reached Oosthaven, Sumatra (port of Teloek Betoeng) before going to Batavia in Java. The Japanese were moving through the Netherlands East Indies and it was decided to make a stand on Java.

The troops aboard Orcades, as well as a battery of American artillery and a squadron from the 3rd King’s Own Hussars, combined to defend Java with little in the way of supplies or weapons. They became known as Black Force, named for their Commander Bewly promoted Brigadier Arthur Blackburn, VC. Their directive was political rather than strategic and ultimately futile.

The Japanese landed on Java on 28 February. Black Force went into action at Leuwiliang near Buitenzorg on 4 March. It fought against the Japanese for two days and gave a very creditable account of itself.  but was ordered to lay down arms the day after the Dutch surrendered on 8 March, and it was obvious there was no extraction plan.

865 officers and men and spent the rest of the war as prisoners. Of these, 258 men died, most while working on the Burma Railway. Others died in P.O.W. work camps across Asia and at sea when 'hellships' they were being transported on were sunk by Allied forces, who had no way of knowing the nature of the cargo in their target ships..