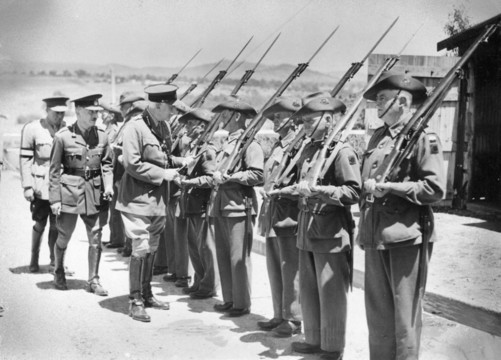 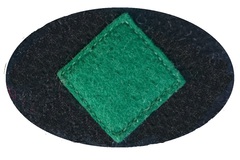 Initially, all Garrison Battalions wore the same shoulder patch, a black square on a green square. Numerous requests were made by battalions to individualise their patches and in late 1942 the system was adopted of geometric shapes, green on black in a reversal of the original design, approval for which was dated 11 December 1942.