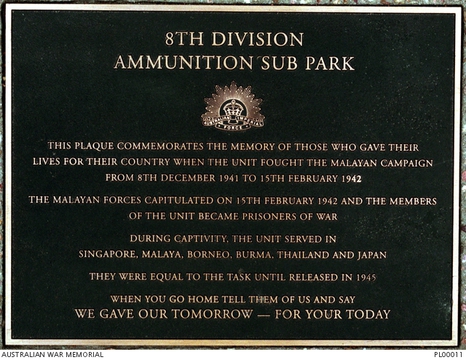 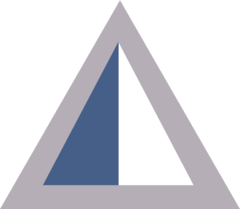 The unit served in Singapore Malaya during the disastrous attempt to defend the peninsula from the Japanese landings which ultimately cleared the Malay Peninsula and captured Singpore, completely unhinging the Allied defensive posture in SE Asia.

The 8th Division Ammunition Sub Park personnel were part of the surrender to the Japanese that took place on 15 Febriary 1942, and began a harrowing three and a half years as prisoners of hte Japanese.

Content under development... If you have any specialised knowledge of this unit we would be pleased to hear from you.  Unit Associations, Museums and specialist researchers etc are particularly encouraged to contribute.  Simply register to do so.