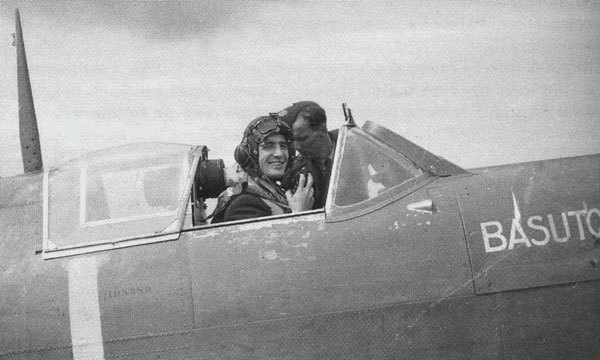 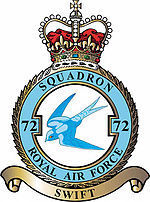 This unit is included on the VWM site because it was one of the many RAF units in which RAAF personnel served fought and died in WW2.  Three Australians served in this Squadron during the Battle of Britain (all thre survived the war).

No. 72 Squadron was reformed at RAF Tangmere on 22 February 1937 from 'B' flight of No. 1 Squadron.[2] In 1939, the squadron was outfitted with Spitfires which replaced the Gloster Gladiators that came with the flight from No. 1 Squadron. These were used in Air defence and convoy protection duties following the start of World War II. Then, in 1940, the squadron moved to assist in the evacuation of Dunkirk.

During the Battle of Britain, No 72 spent the early days at RAF Acklingtonas part of No. 13 Group RAF, before moving south during September to aid the main defence force.

The squadron was later moved to North Africa to support the Tunisian campaign before being supplied with the updated Spitfire Mk.IX in 1942. They then assisted the British 8th Army as they advanced through Italy and France up until the German surrender. At this point they were moved to Austria. It was here they were disbanded on 30 December 1946 at Zeltweg.