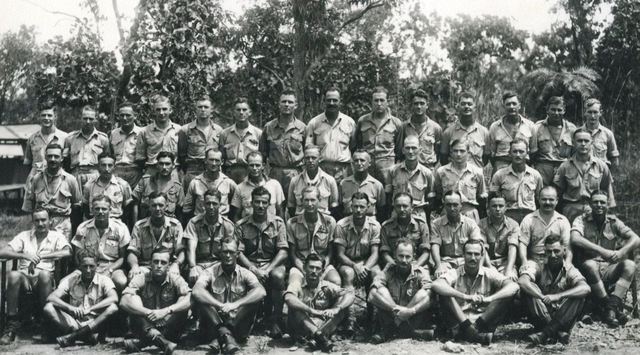 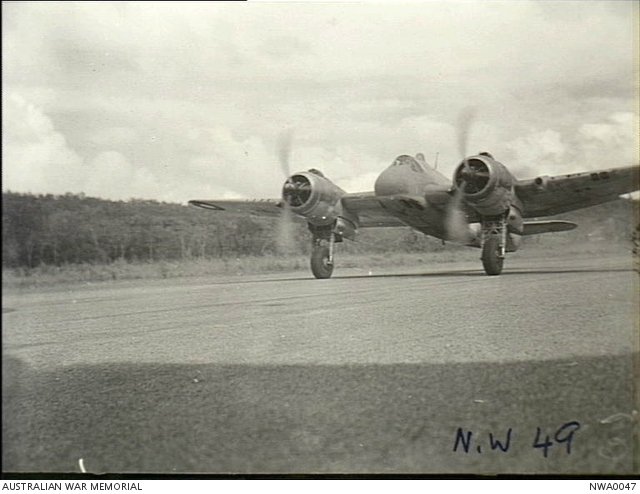 A Beaufighter of No. 31 Squadron at Coomalie Creek AWM NWA0047

The Beaufighter was one of the few aircraft operated by the RAAF in both the NW Europe and SW Pacific theatres of war.  A twin engine strike aircraft, it had a crew of two; a pilot and an observer.  Fast, very heavily armed and with a distinctive engine noise, they were very well regarded by their crews.   Initially of British manufacture, an Australian made version the Mk21, began appearing in 1944.  Operating at low level, Beaufighter attacks often caught the enemy by surprise as demonstrated when a formation of No 31 Squadron Beaufighters caught forty Japanese fighters and bombers on the ground at Penfoei in Timor. Surprise was complete and eighteen aircraft were destroyed for no loss.

Another successful strike was made against Penfoei airfield in February 1943 when twelve aircraft were destroyed and ten damaged despite strong fighter opposition and heavy anti-aircraft fire. 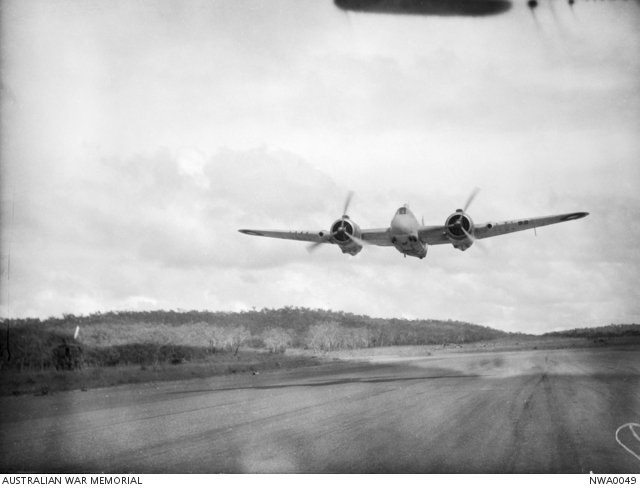 Soon after this operation, No 31 Squadron concentrated its efforts on destroying an important Japanese reconnaissance base at Taberfane in the Aru Islands. The first operation was flown on 6 May when five Beaufighters destroyed nine enemy aircraft on the water. On 4 June, four Beaufighters were engaged over Tabufane by nine floatplanes, resulting in three enemy aircraft shot down for no loss. A week later, the Squadron destroyed seven floatplanes on the water and severely damaged another two. Successful attacks against this base continued despite increased anti-aircraft defences until eventually, the Japanese were unable to sustain their losses and evacuated Taberfane.

77 Wing was formed and grouped 22,30 and 31 Squadrons, operating from Coomalie Creek in the Northern Territory later in the war.

By the end of the war, No 31 Squadron had destroyed 54 aircraft and nine ships, and seriously damaged a further four ships. The Beaufighter's armament was steadily upgraded during the war, firstly with the addition of underwing bombs and later, wing mounted rockets were installed.  The Australian-manufacured variants were the most heavily armed;  four .50 calibre machine guns replacing the six .303 wing guns of the British marks.

The Squadron's impressive wartime achievements came to an end in July 1946 when the unit was disbanded.