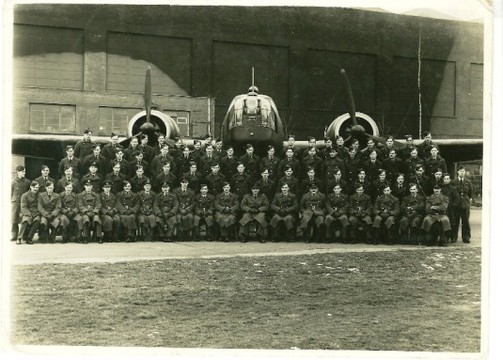 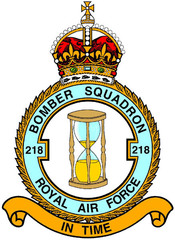 No. 218 Squadron RAF is included in this site becasue it was one of the many RAF units to which RAAF personnel were assigned under the Empire Air Training Scheme during WW2, and in which they served fought and often died

This information an extract from the RAF MoD Site (www.raf.mod.uk)

Disbanded in 1919, the squadron was re-formed in 1936 and became one of the comparatively few bomber squadrons to serve continuously through the war against Nazi Germany.

No. 218 Squadron flew to France on 2nd September 1939, and made valuable reconnaissance flights and leaflet raids in Fairey Battle aircraft in the early days of the war.  In June 1940, after having hindered the German advance into France by bombing the enemy's lines of communications and troop concentrations (and having suffered heavy casualties in the process) it was evacuated to England to be re-equipped with Bristol Blenheim medium-range bombers.

Five months later, when it was equipped with Wellington long-range aircraft, it became a heavy-bomber squadron. Its targets were of the widest variety - from industrial centres, railways, Noball (V-weapon) sites and gun batteries, to the Channel ports, oil and petrol installations, and concentrations of troops and armour.

The squadron was re-equipped with Stirling four-engined bombers (the first of the real "heavies") beginning in December 1941 - three months after His Excellency the Governor of the Gold Coast and the peoples of the Gold Coast territories officially adopted the squadron - and the Stirlings were, in turn, replaced by Lancasters in the summer of 1944.

Immediately before the German capitulation in May 1945, when the heavy bombers' offensive ceased, the Gold Coast squadron dropped food supplies to the starving Dutch people, and subsequently its aircraft were busily employed ferrying liberated POWs to England from the Continent.