17 Construction Squadron "A Little Bear Will Fix it" 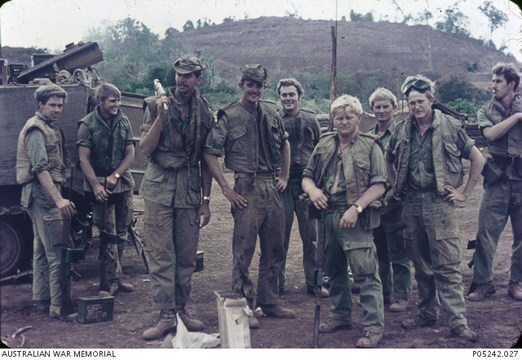 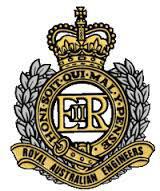 17th Construction Squadron was raised on 20 September 1949 as a Regular unit,based at Kingsford in Sydney, New South Wales, comprising Squadron Headquarters, 9 and 10 Troops with with 8 Troop located in the Moore Park area in inner Sydney

It had initially been planned that the squadron would form part of a regimental formation known as the 4th Construction Regiment, but the regiment was never raised and the squadron was formed as an independent unit.

A year later, Plant Troop was raised and the Squadron moved to Woomera, South Australia, and the Top Secret Rocket Range then about to be built.

The Squadron  was involved in the construction of the Woomera Rocket Range from 1950 to 1954. In 1953 it was also involved in the site construction for project "Two Zero Zero", an atomic weapons test site at Maralinga. Between January and October 1953, the squadron worked to prepare the site ahead of the detonation of the first atomic weapon exploded on the Australian mainland, which took place in October 1953 under Operation Totem.

The Squadron subsequently returned to the Sydney area.

17 Construction Squadron undertook a major deployment to South Vietnam over five years.  It began 'piecemeal' with 8 Troop being deployed and employed in and around the Australian Area of Operation point of entry at Vung Tau and later to the Australian Task Force Base at Nui Dat, where it was involved in the defence of the base at the time of the Battle of Long Tan, when three of its complement were wounded.

Squadron Headquarters and the other Troops followed.

At the height of its involvement in Vietnam, the squadron consisted of 12 officers and 334 other ranks.[