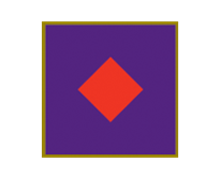 The Regiment is located at Gallipoli Barracks in Brisbane, Queensland and is part of 7th Brigade, attached to Forces Command.

As of January 2011, 2 CER was directed to become the largest combat engineer unit in the Australian Army.

The Regiment has recently returned from warfighting and peacekeeping operations throughout the world, including Pakistan, Afghanistan, East Timor, Indonesia, Papua New Guinea, Vietnam and Cambodia.