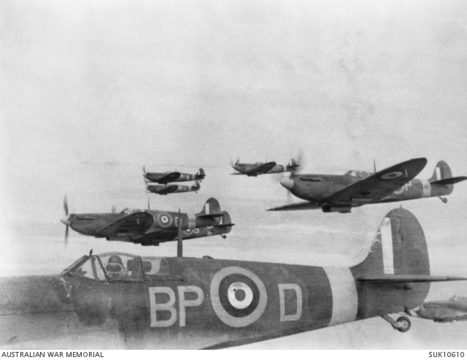 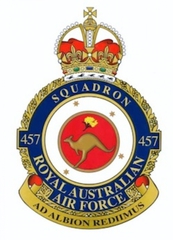 Following is an extract from Wikipedia.

No. 457 Squadron was a Royal Australian Air Force (RAAF) fighter squadron of World War II. The squadron was formed in England during June 1941 as an Article XV squadron equipped with Supermarine Spitfire fighters. It was transferred to Australia in June 1942 and saw combat in the South West Pacific Area before being disbanded in November 1945.

The squadron saw combat against both Nazi Germany and the Empire of Japan during the war. From March to May 1942 it was based in southern England and flew missions over German-occupied France during which it shot down at least five Luftwaffe aircraft. After being deployed to Australia No. 457 Squadron was based nearDarwin as part of No. 1 Wing RAAF and intercepted several Japanese raids on Allied bases in northern Australiabetween March and November 1943. The squadron remained at Darwin and saw almost no combat during 1944, but moved to Morotai and later Labuan in 1945 from where it attacked Japanese positions in theNetherlands East Indies and Borneo as part of Allied offensives in these areas.