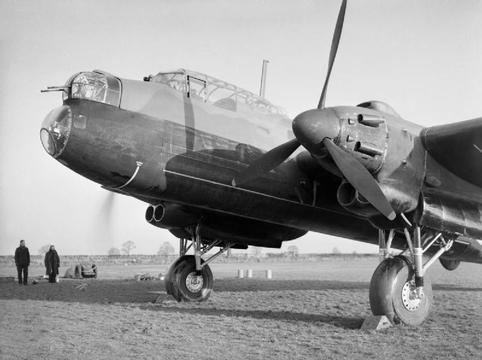 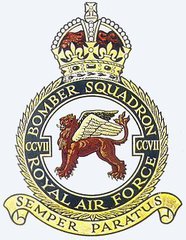 For the purpose of the RSL Virtual War Memorial, No. 207 Squadron (RAF)  is included as one of the RAF Squadrons in which Australians served fought and died during WW II.

Extract from the UK MoD page for 207 Squadron

The first British squadron used solely for long-range night bombing, and the first to operate Handley Page bombers, No. 207 Squadron had its origin in "B" Squadron of No 4 Wing of the Royal Naval Air Service (RNAS), which was formed at Eastchurch, Kent, in August 1915. The squadron was disbanded at Uxbridge on 20th January 1920, but was re-formed 12 days later at Bircham Newton as a day-bomber unit equipped with DH9As.

Between the wars a variety of aircraft passed through the squadron's hands - DH9As, Fairey IIIFs, Gordons, Vincents, Wellesleys and Battles. Its formation flying at the annual Hendon Air Displays earned much praise; in October 1937, the squadron took part in a fly past for visiting staff officers of the German Air Force.

Equipped with the ill-starred Fairey Battle at the outbreak of World War 2, it did not become operational for some months; it acted, instead, as a training unit and in April 1940, was absorbed into No. 12 OTU. Then, on 1st November, it was re-formed at Waddington in No. 5 Group, for the express purpose of bringing the new Avro Manchester (also ill-starred) into operational service.

The squadron took the Manchesters on their first raid of the war on 24/25th February 1941, when six aircraft attacked a Hipper-class cruiser at Brest. A year later, on 12th February 1942, its Manchesters flew on operations against the Scharnhorst and Gneisenau, when the German warships dashed in daylight from Brest to North German ports. The Manchesters continually gave trouble in service, mainly because their Vulture engines were unreliable under full load and, by June 1942, No. 207 Squadron, and the six other squadrons similarly equipped, had exchanged their Manchesters for Lancasters.

During the famous low-level raid on Le Creusot on 17th October 1942, one of the 14 Lancasters despatched by the squadron had to turn back on three engines. Soon afterwards it was attacked by three Arado 196 floatplanes. The Lancaster's gunners shot down two of them and damaged the third.

With the Lancaster, No. 207 Squadron ranged as far afield as Italy and Gdynia, Poland. Its raids on enemy territory were sometimes costly and in May 1943, and March 1944, two No. 207 Squadron COs - Wing Commanders TAB Parselle and VJ Wheeler - did not return from raids on Düsseldorf and Frankfurt respectively. On D-Day the squadron's Lancasters attacked Caen in support of the Normandy landings. The squadron's last operational mission, on 25th April 1945, was against the SS Barracks at Berchtesgaden.