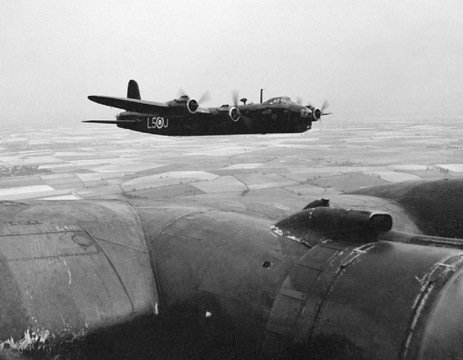 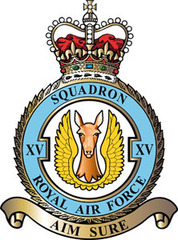 For the purpose of the RSL Virtual War Memorial, No. 15 Squadron (RAF)  is included as one of the RAF Squadrons in which Australians served fought and died during WW II.

As an RAF Bomber Command Squadron, initially equipped with the Fairey Battle Light Bomber, 15 Squadron went to France in 1940 and like all of the squadrons thus equipped, sustained heavy losses.

Returning to England it was briefly equipped with Bristol Blenheim light bombers before re-equipping with the first of the Short Stirling four engined heavy bombers.  One famous Stirling was donated by Lady MacRobert in memory of her three sons killed in RAF service and named MacRobert's Reply. In 1943, the squadron converted to Avro Lancasters which it flew until war's end.  It still exists in RAF service today (2016) - see article link in sidebar.