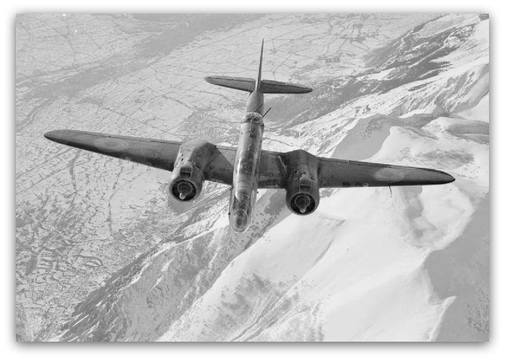 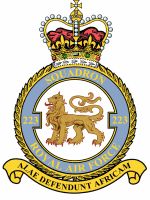 For the purpose of this website, No. 223 Squadron (RAF)  is included as one of the RAF Squadrons to which Australians were posted during WW II.

The Empire Air Training Scheme supplied tens of thousands of aircrew for the Royal Air Force (RAF) air war in Europe, and later in other theatres of war, during WW II. While a number of so-called Article XV national squadrons were created in Fighter, Bomber and Coastal Commands of the RAF, the majority of Australian aircrew were posted, along with their Commonwealth colleagues, to RAF Squadrons as individual crew members,where they would 'crew up' often with a very multi-national aircrew comprised of men from all over the Commownwealth. Ground staff were similarly assigned.

During the Second World War flew in many campaigns. Initially equipped with the antiquated Vickers Wellesleys, it took part in the East African campaign before going to Egypt to re-equip with Martin Marylands (later supplemented by Douglas Bostons and Martin Baltimores) and spend several months as an OTU training crews for other squadrons. In May 1942, after having trained its own crews, it became an operational Baltimore bomber squadron and subsequently took an active part in the North African, Sicilian and Italian campaigns. During this period it flew more than 5,000 operational sorties and, dropped more than 2,000 tons of bombs.

No 223 was re-designated 30 (SAAF) Squadron in Italy in August 1944, but almost immediately afterwards it re-formed in England as a bomber-support squadron in No 100 Group and during the remainder of the European war flew specially modified B24 Liberators and B17 Flying Fortresses and helped fight the "Battle of the Ether" - as platforms for Electronic warfare counter and counter-counter measures.