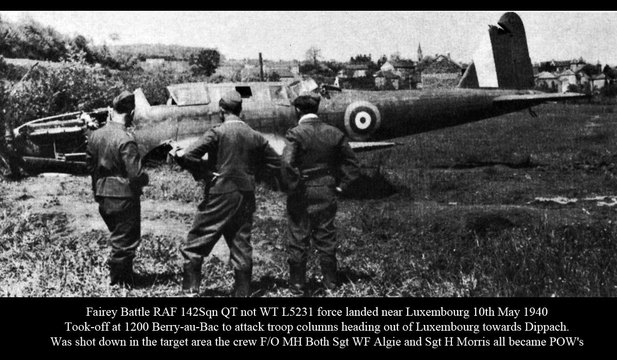 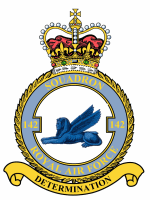 For the purposes of the RSL Virtual War Memorial, No. 142 Squadron (RAF)  is included as one of the RAF Squadrons to which Australians served fought and died during WW II.

This information drawn from the MoD UK squadron webpage

No. 142 Squadron had been formed in Egypt in WW1.  It was re-formed in England as a bomber unit in 1934 and during 1935/36 again served in the Middle East. In the early months of the Second World War it served with the Advanced Air Striking Force in France and on 10th May 1940, the day the Germans invaded the Low Countries, it gained the distinction of being the first AASF unit to bomb the advancing enemy. Later that month No. 142 was one of the Fairey Battle squadrons which attacked the Meuse bridges in a further attempt to stem the German advance. The squadron was withdrawn to England in June 1940, and by the end of the year was converting to Wellingtons prior to engaging in the strategic night-bombing offensive.

In December 1942, No. 142 Squadron moved to North Africa and subsequently took part in the Tunisian, Sicilian and Italian campaigns.

It flew over southern cetnral Europe including raids against the Romanian oilfields at Ploesti.

The squadron was disbanded (in Italy) early in October 1944.

It re-formed and re-equipped with de Havilland Mosquito light bombers  in England later in October 1944, and for the remainder of the war was part of No. 8 (PathFinder Force) Group's Light Night Striking Force.

During its service with No. 8 Group, the squadron flew 1,095 operational sorties (all but 23 of which were considered successful) gaining 64 DFC's and 52 DFM's among its awards.