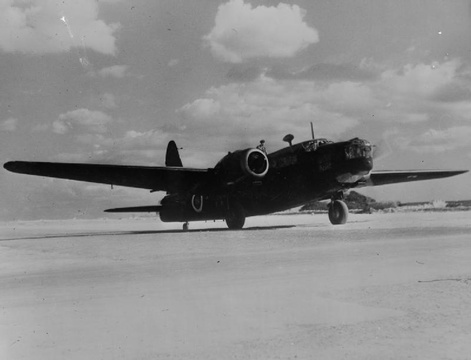 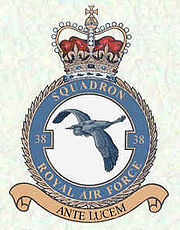 No. 38 Squadron is listed on this site as one of the many RAF squadrons to which RAAF aircrew were assigned during WW2 and with whom they served, fought and often died.

No. 38 Squadron had been raised and seen service in WW1.  It was disbanded post war.

In September 1935 the squadron eas raised again, this time at RAF Mildenhall as a night bomber squadron.    It was one of the first RAF squadrons to re-equip with a monoplane bomber, the Fairey Hendon in November 1936. In 1937 the squadron moved to RAF Marham and in December 1938 it was issued with the  new Vickers Wellington twin engined medium bombers. It was declared operational on the outbreak of war as a bomber squadron in No. 3 Group.

38 Squadron became one of the few RAF squadrons to use the Wellington from the beginning to the end of the Second World War.

It was engaged in the early phases of the war in NW Europe during and after the 'Phoney War' period and the invasion of the 'Low Countries' by Germany in May 1940.

The following adapted from a range of sources (Wikipedia, RAF MoD website

In November 1940 it was transferred to the Middle East, based at Fayid, Egypt to form a night bomber wing and engage in regular attacks on Italian ports along the North African coast in order to hamper the movement of supplies to the Italian forces in the Western Desert. Further raids took place the Greek islands and Yugoslavia after Germany invadedGreece In January 1942 the squadron became part of No. 201 group engaged in anti-shipping duties and carried out nighttorpedo attacks on enemy shipping in the Mediterranean from March to October 1942.

The twin-engined Wellington bomber was still the mainstay of the Middle East night-bomber force. Although slow, unwieldy, fabric-covered and too vulnerable  by day, it possessed the necessary long range for night operations. Radar-equipped Wellingtons popularly known as ‘Snoopingtons’ patrolled the shipping lanes throughout the night and using flares to illuminate enemy convoys and directing the strike-Wellingtons, or ‘Torpingtons’ which carried two torpedoes and attacked at sea level. The torpedo had to be released at approximately seventy feet above sea level, and there was a great risk on dark nights of pilots flying into the sea. It was May 1942 when the first successful torpedo attacks were made on a convoy, resulting in two hits and one ship beached. Following the end of Axis resistance in North Africa the squadron focussed on attacking enemy ships and mining along the coasts of Italy and the Balkans.

From January 1943 to December 1944, the squadron was engaged in mine laying, reconnaissance duties and anti-submarine patrols with detachments in Malta, along the Western Desert and in Palestine. No. 38 squadron was equipped with Wellington Mk VIIs with radar (these aircraft became known as 'Goofingtons') and flew hunter-killer teams; the first success in this role occurred on 26 August, when a tanker conveying sorely needed fule and ammunition to the Afrika Corps, was found, torpedoed and sunk by a flight of three aircraft led by Flight Lieutenant Lloyd Wiggins RAAF, DSO DFC.  See detail here. (/explore/people/509745)

At the end of 1944, it moved to Greece in a support role for Air operations during the Greek Civil War and then on to southern Italy as part of No. 334 Wing. At first it was used to drop supplies to the Yugoslav Partisans, but in January 1945 the squadron converted to the Wellington XIV and returned to anti-shipping duties, attacking Axis shipping off the coast of northern Italy from then until the end of the war.