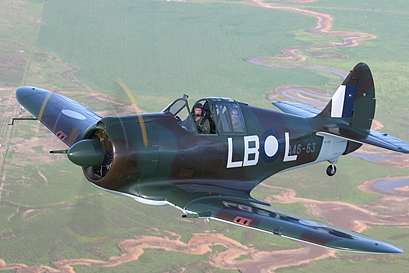 No. 84 Squadron was a Royal Australian Air Force (RAAF) fighter squadron during World War II. It was established in February 1943 and was part of the defences of the Torres Strait area from April 1943 until May the next year based at Horn Island.  Initially equipped with CAC Boomerang aircraft; when these proved unsuitable for high altitude interception they were replacd with Curtis P-40 Kittyhawks.   After being withdrawn from the Torres Strait the squadron was reduced to a cadre until May 1945, when it began to receive new  P51-K Mustang aircraft, but they were never used in combat. No. 84 Squadron was disbanded in January 1946.