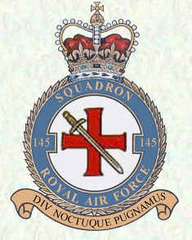 For the purpose of the RSL Virtual War Memorial, No. 145 Squadron (RAF)  is included as one of the RAF Squadrons to which Australians served fought and died during WW II.