19 November - Anniversary of the Sinking of HMAS Sydney 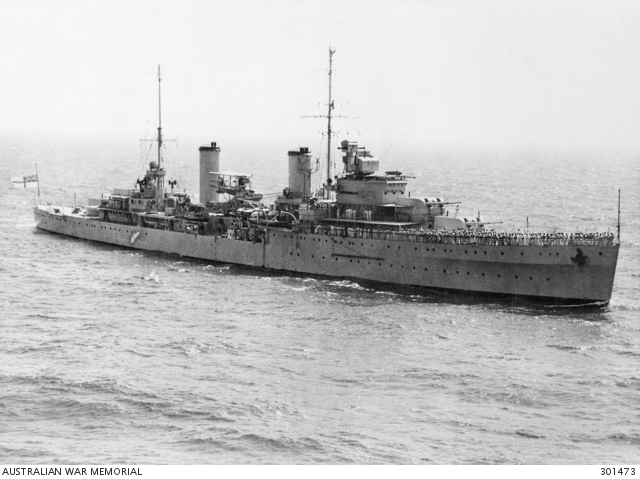 HMAS Sydney was a light cruiser operated by the Royal Australian Navy from its commission in 1935 until its sinking in the 19th of November 1941. It was the second RAN ship to bear the name.

In the early days of the Second World War in late 1939 and early 1940, HMAS Sydney along with several other Australian ships was involved in the unsuccessful search for the German Pocket Battleship, the Admiral Graf Spee and escorting the transportation convoys through the Suez Canal.

Later the ship sailed to the Mediterranean to join the British and French navies in their fight against their German and Italian counterparts following the German invasion of Western Europe and the Italian declaration of war.

It distinguished itself in the Middle East / Mediterranean theatre early in the war, notably at Cape Sparda in July 1940, where it played the principal role in the destruction of the Italian Cruiser Bartolomeo Colleoni in company with several Royal Navy destroyers.  A full account of operations is contained in the excellent HMAS Sydney Virtual Memorial which is attached as a link.

For being a part of these operations HMAS Sydney was awarded the “Mediterranean 1940” battle honours. During its 8 month deployment, only one sailor was killed.

HMAS Sydney returned to Australian waters and carried out a number of duties including transporting representatives of all 3 branches of the Australian Military to Singapore for a secret conference between the British Commonwealth, the Netherlands East Indies, and the United States of America in April 1941.

On the 19th of November, Sydney was off the coast of Western Australia heading towards Fremantle when at 15:55 a Merchant ship that identified itself as the Dutch ship Straat Malakka was spotted. The HMAS Sydney pulled up alongside the apparent Dutch ship and ordered it to show the secret call sign. Unfortunately, the Straat Malakka was not a Dutch ship at all but was in fact the German auxiliary cruiser Kormoran in disguise and promptly opened fire upon the Sydney.

The two ships exchanged fire and both suffered damage.  Sydney was hit by a German torpedo as well as other gunfire and the crippled burning ship slowly sailed south, away from the Kormoran. Observers aboard the German ship reported seeing the burning Australian ship until 22:00 that night. At some point during the night,  Sydney lost buoyancy and sank taking all 645 sailors on board with her.

Sydney's shells had crippled the Kormoran; the German sailors abandoned ship after it was determined that below-deck fires could not be controlled and that the ship would sink. 82 German sailors were killed in the battle, the rest were captured and taken to Fremantle for interrogation. 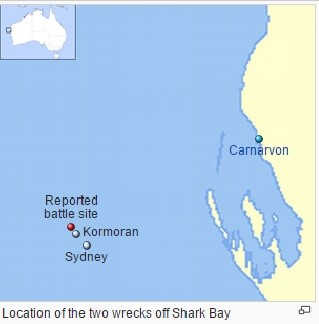 Australian Prime Minister, John Curtin officially announced the loss of the cruiser during the afternoon of 30 November. The destruction of Sydney with all on board was a major blow to morale: it was the largest loss of life in the history of the Royal Australian Navy, and made up over 35% of RAN naval personnel killed during the Second World War. HMAS Sydney was the largest Allied ship to be lost with all hands on board during the war. 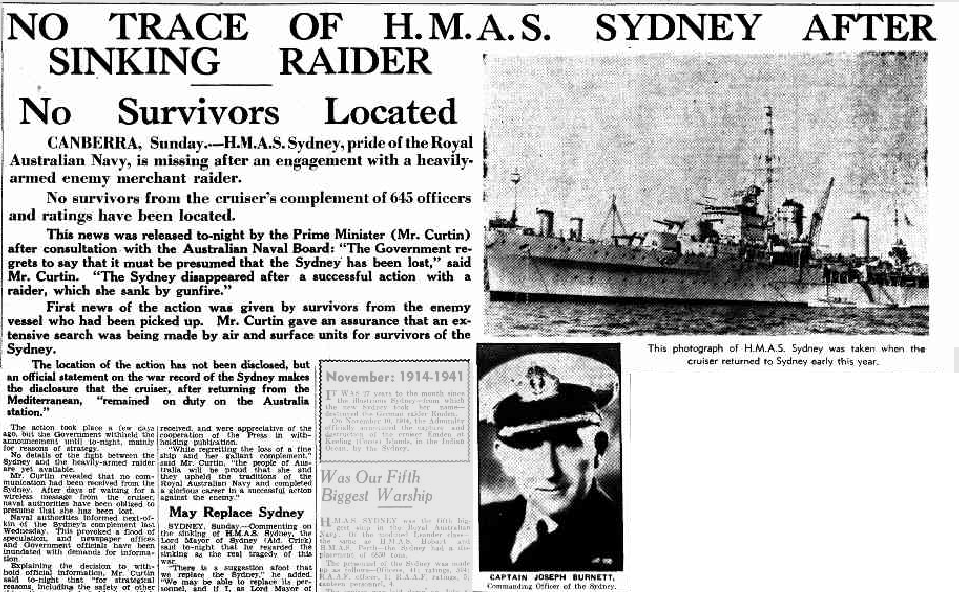 The shipwrecks of both ships lay undisturbed until they were rediscovered in March 2008. They were placed on the Australian National Heritage List in 2001. 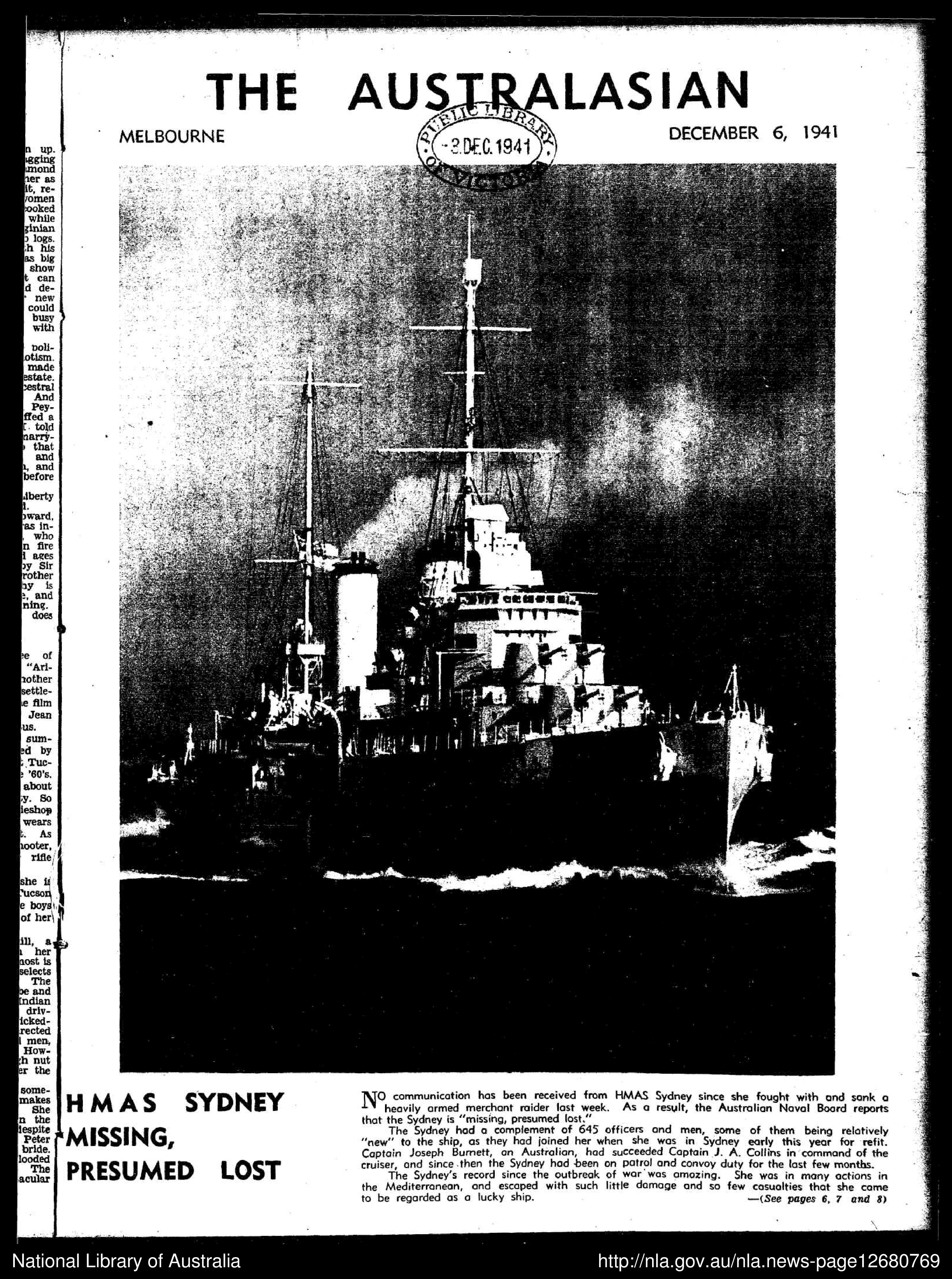