The Mystery of the Black Cat

September, 1943, an RAAF Catalina flying boat, one of the famous 'Black Cats',  disappeared amidst the quickening Allied advance in the Pacific. Dubbed 'Black Cats' for the matte black paint they sported for concealment on night time operations over enemy held territory, PBY Catalinas were considered to be the most successful flying boats of the war.

Originally entering service in 1935, The Royal Australian Air Force had 168 Catalinas on strength during World War Two in the Pacific theatre.  Initially used for general reconnaissance, in 1943, the cats’ role evolved to facilitate the RAAF’s minelaying capabilities. 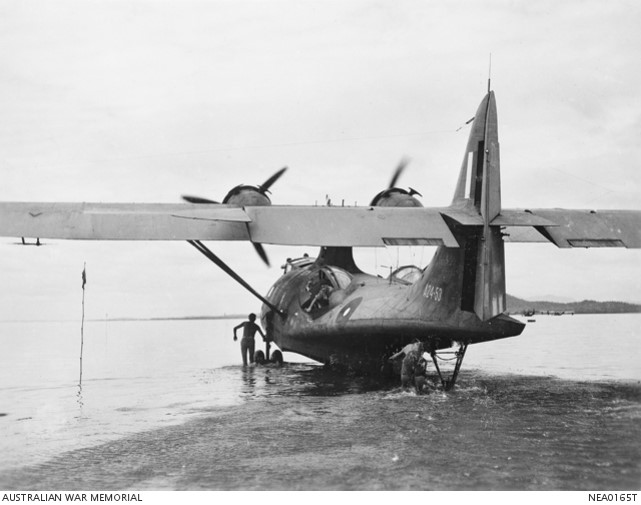 'Black Cat' A24-50 was initially assigned to No. 20 Squadron before being transferred to No. 11 Squadron at the end of August 1943. Initially set to monitor Japanese shipping with Empire four engined flying boats impressed from QANTAS, No. 11 Squadron was re-equipped with Catalinas when Japan entered the war in September 1940.  Subsequently, No. 11 Squadron was tasked with bombing operations, in addition to long-range patrol missions and, from April 1943, mine-laying.[1]

At 1630 hours of 2 September 1943, A24-50 took off from Groote Eylandt, having refuelled there after travelling from Trinity Inlet, Cairns. Flying Officer James Percival Oliver, captain of the 'Black Cat', intended to set course first to Cape Lelar, Aru Islands, from there to Cape Oesau, Dutch New Guinea and finally on to Sorong, flying low until the plane had made it north of the 4th parallel. 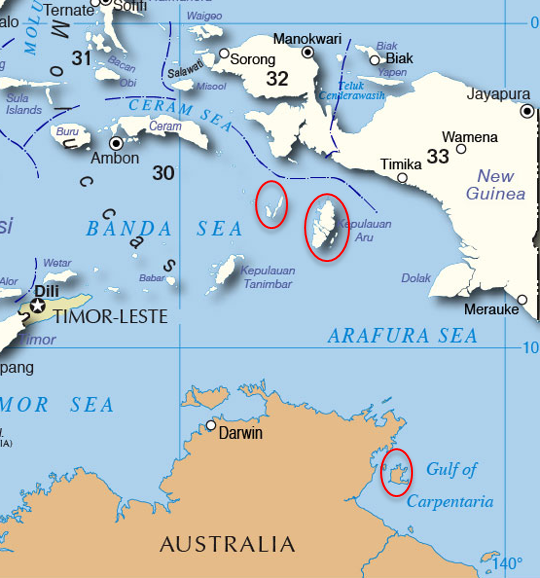 The A24-50 left Groote Eylandt in the Gulf of Carpentaria headed for Sorong, Indonesia.

At 2345 hours the base at Cairns radioed A24-50. No reply was received. At 1700 hours on the following day, the “maximum endurance” of the black cat was deemed to have expired and the plane and crew were officially missing. [2]

Flight Lieutenant Marsh and Flying Officer Howard, captains of two aircraft which had also departed from Groote Eylandt that afternoon bound for Kokos, reported that both the weather and visibility were bad. This was confirmed by the meteorological report recording showers, and low cloud at 1500 feet with still lower patches.

An early report suggested that the Catalina might have crashed into high ground; an outcome made more likely the darkness and inclement weather. However, this theory was soon replaced by one in which A24-50 had gone down at sea.

One enduring hypothesis as to the crew’s fate suggested that they had been captured and executed by the Japanese. Although there were no records of capture, this could not, itself, be considered conclusive. A letter to the wife of one missing crewmember explained:

“In view of the consistent refusal of the Japanese to release full and reliable lists of prisoners of war held by them, it has been impossible for an official determination of your husband’s fate to be made.” [3]

Indeed, the initial report on the missing aircraft, produced by the Commanding Officer of  No. 11 Squadron in 1943 included intelligence obtained from two Kai Islanders about the capture of 7 Australians by Japanese soldiers.[4] However, without supporting evidence, the officer was cautious about overstating the significance of this information. His caution was warranted. More extensive investigation by the RAAF discovered that the executed personnel spoken about by the Kai islanders were not Australian, but American.

In attempting to understand the fate of the 'Black Cat' and crew, one must also consider the absence of any witnesses among the islanders on the Aru and Kai islands, the conditions at the time of the flight, and the absence of any wreckage discovered on land.

The final report issued by the RAAF in 1946, three years after A24-50’s disappearance chose not to speculate on the exact location of the plane. Nevertheless, it was unequivocal about the fate of the crew.

were officially presumed to have lost their lives on 2 September 1943. They were among 320 crew from 68 catalinas which did not return from operations during the war. However, the mystery of the final resting place of crew of Catalina A24-50 and the reason for their demise, remains.