Remembering the Dead, Ancient and Modern 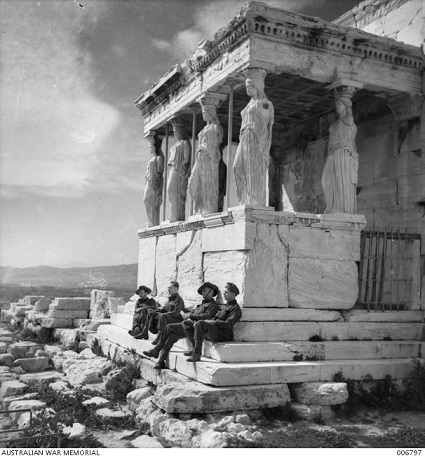 Memorials make starkly clear to us the human cost of war. They also provide a space and a focus for collective mourning. This has been true for us in New Zealand and Australia since the First World War. It was equally true for the ancient Greeks.

War was a central part of classical experience, and was both celebrated and valorized. Most Greek citizens went to war at some point in their life. Victory was celebrated by erecting a trophy (originally a Greek word), such as captured weapons or armour placed on a tree. It was common practice to exchange bodies for burial. Those bodies were either buried in common graves on the battlefield (mounds or tumuli), such as those at Marathon and Plataea, or in public tombs, such as the tomb found in Messene.

These mass graves attracted visitors, who “offered a wreath and sacrifice to those who died in war in defense of freedom” (according to an Athenian inscription). In the cities, Greek memorials were often stone monuments (stelai) erected in a public place, and shared common features such as an epitaph, relief sculpture, and the names of the dead according to tribe. The Athenians held a state funeral each year for those who died in war, with a funeral procession and spoken eulogy. Festivals and commemorative anniversaries of key battles were common, with games and contests; races starting at the grave or trophy; processions and offerings (libations); and speeches. The message of these speeches was often about freedom, about serving the nation.

Nationhood and identity are inherently linked to war commemoration. Memories of war are initially held by those who directly experience war, but then become shared or ‘cultural’ memories. In the modern world, the devastation of two world wars led to a shift in focus from one of glory (kleos), to one of suffering. From classical to modern times there was a move from celebrating victory and honouring generals, to celebrating war as a collective, with the sacrifice of the common soldier becoming central. For NZ, World War I played a significant role in the formation of national identity. The scale of this war was such that everyone living in NZ was impacted by loss in some form, and memorials were built throughout the country.

Still now, nationhood and identity are linked to commemoration. Those who experience war directly hold the memory of that experience, but over time those memories are shared – they become ‘cultural memory’. The scale of the world wars was such that everyone living in Australia and New Zealand was affected by loss in some form, and memorials were built throughout both countries. The focus of memory, even more than among the Greeks, was less on glory than on suffering.

I grew up in rural Taranaki, in the small towns of Rahotu and Opunake. The Rahotu war memorial is at the primary school gates. This is an arch, or entranceway with a simple inscription ‘their names shall live’, a roll of honour, and a flagpole just inside the school grounds. The arch is similar to Roman arches, although much smaller in size. Like a Greek memorial, it has an epitaph and a list of the fallen, with one plaque for each war. In small towns, the local community formed a family or ‘tribe’ similar to those in a Greek city-state, although modern memorials list names alphabetically. Similarly, the memorial at Opunake is a simple obelisk, with the epitaph “Greater love hath no man” and names of the fallen. While NZ did not celebrate victory parades following the end of the war (like a Roman triumph), peace celebrations were held instead. In NZ, these occurred in July 1919, and consisted of up to three days of events, including a Thanksgiving Day, a Soldier’s Day, and a Children’s Day. Alongside religious services and military speeches, races and games were a part of the celebrations, reflective of the funeral games for Patroclus in Homer’s Iliad. These were celebrations of peace rather than victory, and an opportunity for collective mourning, celebration, and honouring of those who fought and died.

While my childhood was spent in Taranaki, my adult life has been lived in Auckland, where the Auckland War Memorial Museum is a key site of remembrance. The museum holds a central space in the city’s landscape on top of a hill, and is strongly influenced by classical design. The metopes of the frieze hold a series of relief of images of the war. The epitaph on the cenotaph reads “Auckland’s undying memorial to her glorious dead,” with the names of soldiers who died listed in the roll of honour within the museum. The cenotaph, or empty tomb, is symbolic of all who have died in war. There are many nods to classical Greek monuments: the building style, the list of names, the cenotaph, and the inscription at the entrance to the museum from a funeral oration by Pericles. One difference from Greek memorials is the inclusion of flagpoles, with the raising and lowering of flags during memorial services. 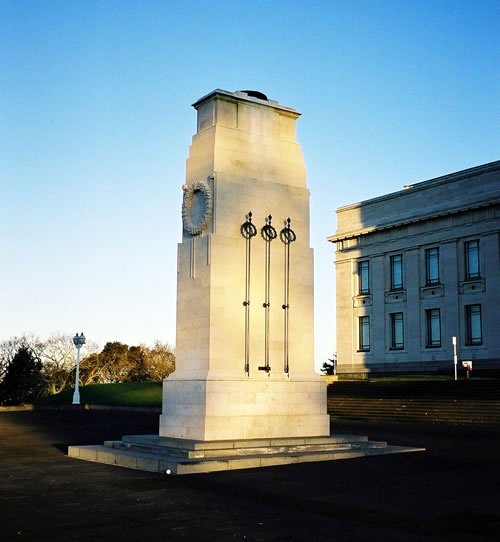 In New Zealand, as in Australia, World War and Gallipoli in particular have become foundational to our ‘cultural memory’ of war. Anzac Day is a day of national remembrance, and of honouring those who have fought and died for their country. Dawn parades occur at war memorials throughout New Zealand. These take the form of a military funeral, and share similarities to classical commemoration: a procession to the cenotaph, the laying of a wreath, prayers and hymns. Anzac services typically end with a bugle playing The Last Post, words from “For the Fallen”, and the singing of the national anthem in English and Maori. Common themes of Anzac Day speeches are of nationhood, loyalty, sacrifice and peace, although these can be adapted to suit the times, just like Pericles’ funeral oration, written by Thucydides to serve his own purposes.

In 2015 I visited Gallipoli in April, just prior to the 100th centenary celebrations. I found it very moving. Memorials such as Lone Pine and Chunuk Bair commemorate the Anzacs who lost their lives at Gallipoli, their names etched in stone. They share features with Greek battlefield memorials: the simple column structure, an epitaph and list of names, but also in the communal nature of the grave. The inscription at Ari Burnu memorial “There is no difference between the Johnnies and the Mehmets…After having lost their lives on this land they have become our sons as well” echoes Homer’s Iliad, where the valour of both sides was honoured. And like Homer’s Greek warriors, those who fell were buried far from home, far from those who mourned for them. A new type of memorialization was needed. 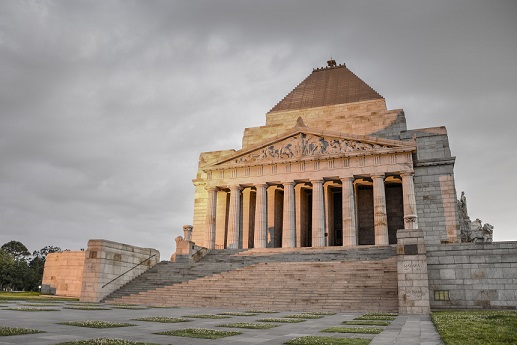 Clearly, then, there are many similarities between ancient and modern practices of commemoration. Sometimes these are conscious echoes, as with the Auckland Museum or Melbourne’s Shrine of Remembrance (built to copy the Mausoleum of Halicarnassus). But often they are simply similar responses to the same urges to remember the dead. Memorial sites provide opportunity for the gathering of people, and rituals of procession, oratory and prayer. Memorial sites, in essence, continue to echo with the voices of the fallen - a chorus of courage and arete, the sorrow of sacrifice, and the continued cry for freedom. 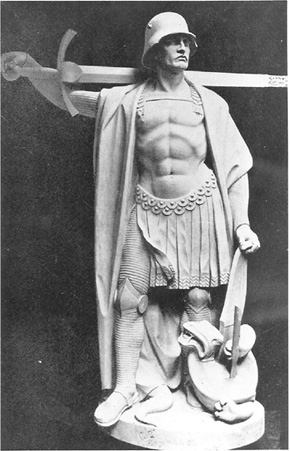 Louise Morgan is a clinical psychologist living in Auckland, New Zealand. She works at the Centre for Psychology at Massey University, Albany, providing therapy to clients and teaching and training students. Louise has always wanted to study classics and English, and recently started a Bachelor of Arts, taking one paper a semester to broaden her knowledge. This article originated in work done at Massey University comparing ancient and modern practices of war commemoration.