A Shoebox of WWI Portraits 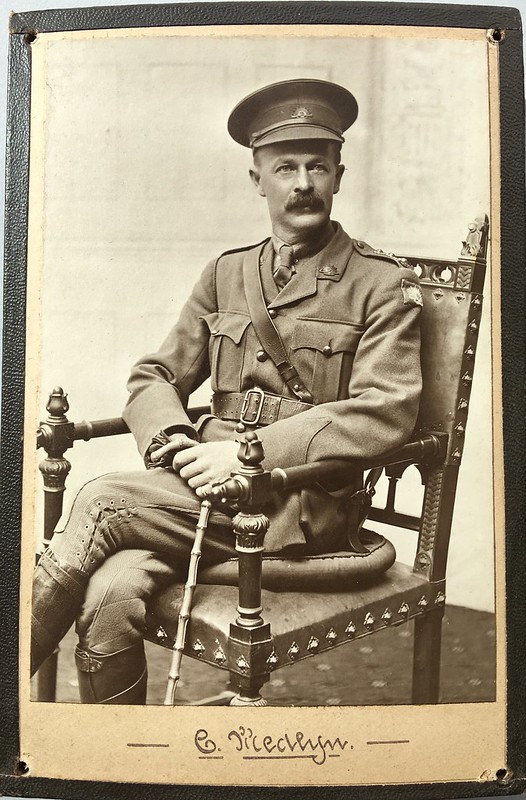 As repositories of memories and memorabilia, shoeboxes can introduce us to faces we might have thought lost. One particular shoebox was donated to the Virtual War Memorial to ensure that the faces within found a home. It was a shoebox that reminded us of where and why we began; with the names on memorials and a committment to do justice to the memory of the people behind the gold letters painted, ever so carefully, on wood or stone.

At the beginning, all we had were 31 portraits and the name of the collection's owner, Captain William Leslie Scarborough.

Portrait by portrait, we searched to find the identities to match. Surnames like 'Melbourne' were easy; others like 'White' proved more difficult. The greatest challenge was A C Tassie, for Arthur Cecil Tassie had not served with Australian forces, but with the New Zealand Army's 2nd Battalion, Canterbury Regiment. Born in Balaklava SA, Arthur had moved to New Zealand, working as a bookseller before enlistment. He was killed in France 21 September 1916.

One thing united all of these men; the Uniting Church at Glenelg. Their honour board, which is now cared for by Karpara Residential Aged Care Facility, lists each of these men as one of their "Heroes of the Two World Wars". The tack holes in each corner of each portrait suggest that they may have hung near the board; a reminder that each of these men was more than a name. 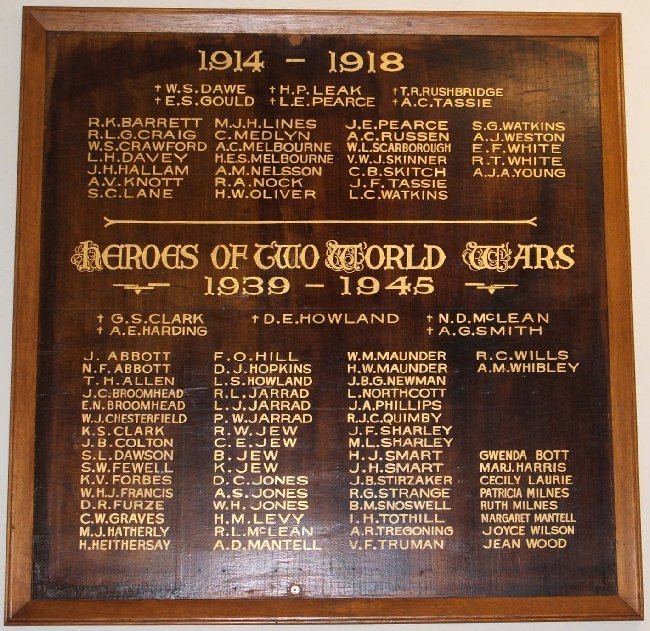 There is one more story that we wished to share with you of one of the names, now matched with a face. The story of Lexford Clarkson White. No L C White appears on the honour board. Indeed his is the only name that does not - of course we had to know why. His service record provided the clue; Lexford enlisted, at the age of 19 years and 1 month, in June 1918. He embarked in the last week in October, a scant fortnight before Armistice. But dates, like names, and even photos, tell us only half a story. In Lexford's case, the rest could perhaps be filled in by a letter written by Lexford's father, Thomas Geddes White. So many families would have wished and felt the same, whether or not they articulated it to the Enrolling Officer, that we think it is worth reproducing in its entirety here:

In reply to your letter of 21/6/18, I have to say that my son Lexford Clarkson White has the full consent of his mother and myself for his enlistment.

I should like to add, however, that I have two boys in Active service in France, both of whom have served a good time, and that in addition my eldest son, Rev. Ivon G. White, died of pneumonia in April last, so that I think it a fair thing in view of Lexford’s age, and that he is the third out of five boys, one only 15, to enlist, that he ought not to be hurried away to England, and if possible for a time at least kept out of the firing line.

I am, Yours faithfully,

If you have a moment, return to the gallery above and find the faces of Lexford, Reginald and Eustace among the others. So many more stories lie waiting to be discovered behind the names on every memorial. Consider taking the time to uncover one today.